TV presenter and mathematician, Rachel Riley, has spoken out about her vegan diet in an interview with Xpose.

Riley, who is famous for her role as the numbers expert on Channel 4’s Countdown, said that she initially tried out the vegan diet for health reasons, after suffering from sickness and stomach problems after eating food. “For a large part of my life, I’ve had intolerances and been sick with food,” she explained. “I was vegetarian for maybe six months a few years ago and I felt so ill.”

“It was because whenever I was working and out, the veggie options were always things like pasta, cheese, rice, and pies – really heavy stuff that was making me feel rubbish,” Riley added. “A few years ago, I stopped eating eggs and dairy and I’ve gradually gone vegan. As soon as I stopped eating a lot of foods, many of my symptoms went away almost overnight.” 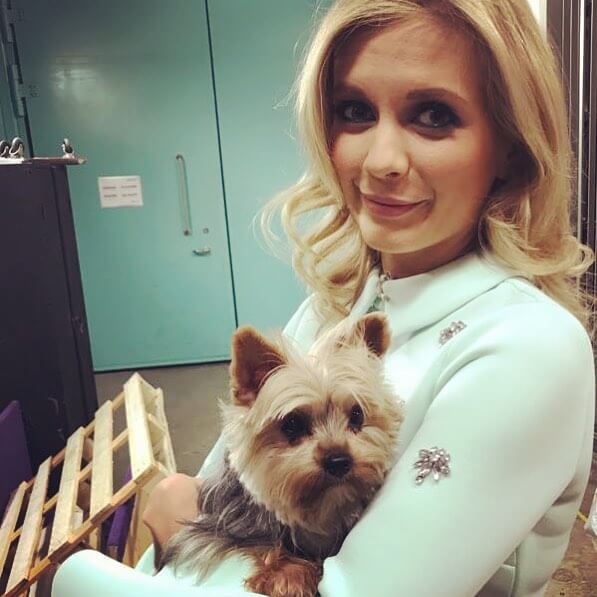 It wasn’t an easy transition though, the Oxford graduate maintains. Veganism has taken off in the UK over recent months, with an estimated three and a half million vegans now living in the country. Additionally, many of those who do not follow a strictly vegan diet are now also choosing to opt for meat and dairy free options, with figures in February revealing that eighty-seven million more vegan meals were consumed in the last year than in 2015. But a few years ago, the diet and lifestyle were still seen as “a bit weird” according to Riley.

“I didn’t know anything about vegan food, and probably had the same thoughts that other people had – that it’s a bit weird,” she admitted. “But then I realised that when you eat good food, it’s still tasty and you can still enjoy it. Being vegan has made me eat a lot more vegetables and salad, and there’s still so much you can eat.”

Riley is not the only UK television star who has eliminated meat and dairy for health reasons – former The Only Way is Essex star, Sam Faiers – recently revealed she is partaking in a vegan and veggie health kick. She is “loving” the “really really nice” vegan food, Faiers posted on her Instagram account.