Some legendary rock icons were recently spotted at a vegan restaurant in Los Angeles. The drummers from bands Stray Cats, Ramones, and Guns N’ Roses were seen visiting the Crossroads Kitchen together in a recent Instagram post.

‘Slim Jim Phantom’ from the Stray Cats, the Ramones’ Marky Ramone, and former Guns N’ Roses drummer Steven Adler grouped together for a photograph in what appears to be the kitchen of the plant-based venue. Another image, posted by Marky Ramone, showed the three getting involved in the preparing of the meat-free meals. Ramone’s caption read, “Cooking in L.A . Amongst other things.” 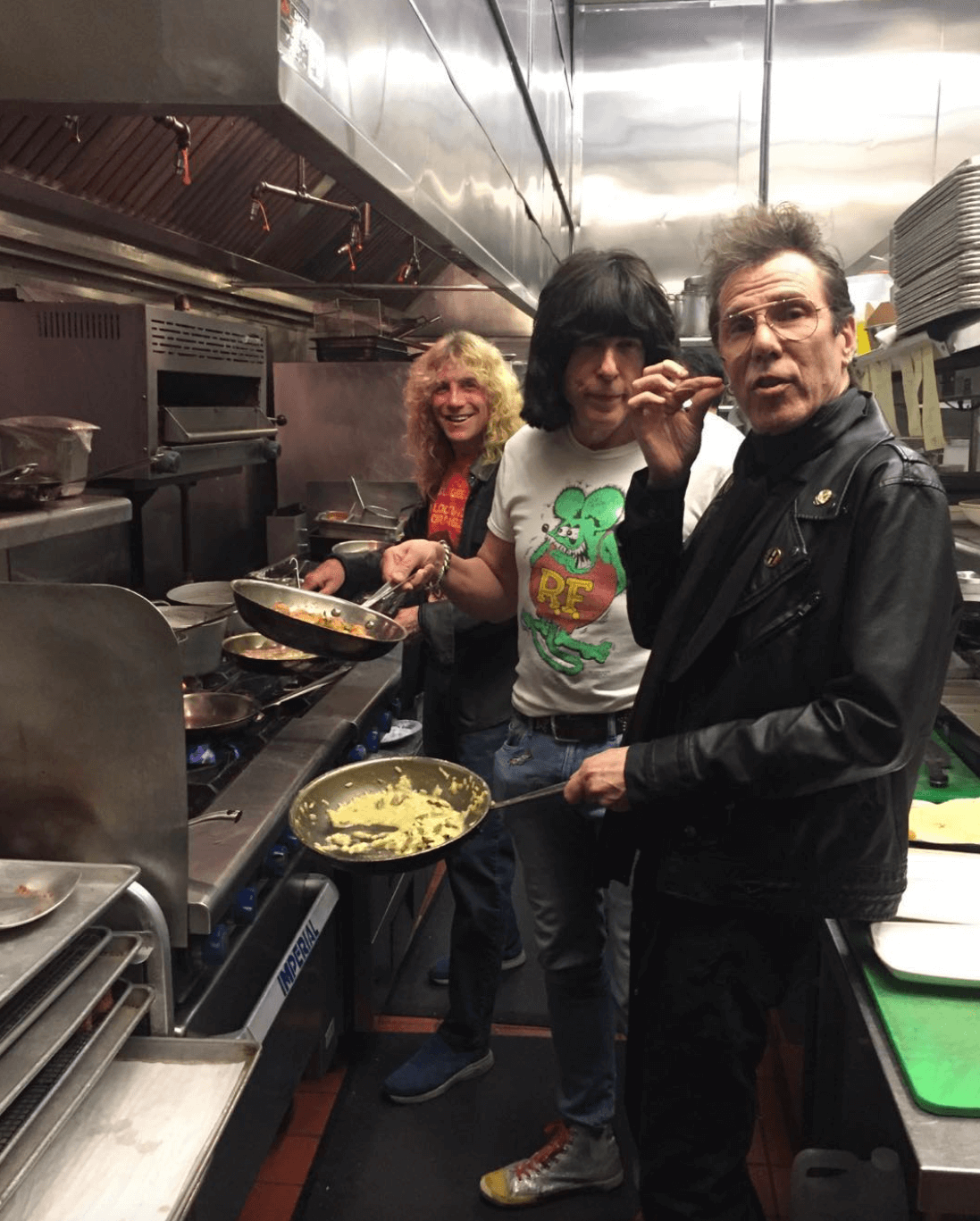 Ronnen was named the “best vegan chef in America” by Oprah after she underwent a 21-day ‘vegan cleanse’ whereby all of the meals were prepared by Ronnen himself. “It is definitely a lot of pressure when cooking for someone you respect and who has done so much for you,” Ronnen said of the experience. “Eventually you learn they are people, just like your other guests, and enjoy good meals, and that’s the bottom line.”

Travis Barker, the drummer of rock band Blink-182 also frequents Crossroads Kitchen. The musician, who is a vegan, frequently praises the venue on his Instagram page.

While Slim Jim Phantom, Marky Ramone, and Steven Adler have not been as outspoken about whether or not they are vegan, some of the stars have dropped hints about having a meat-free lifestyle. Adler previously told publication Blabbermouth that he has tried to convince former bandmate Slash to visit the vegan eatery. He said, “I’m always trying to get [Slash] to go to Crossroads, this vegan restaurant.”

“I [tell him], ‘Get your girlfriend and come meet me and my wife over… And John 5 [ROB ZOMBIE]. I say, meet me and John 5 and Rita over at Crossroads for brunch or dinner.’”

As well as this, Marky Ramone has launched his own private-label pasta sauce, ‘Marky Ramone’s Brookyln’s Own Pasta Sauce,’ which is both vegetarian and gluten-free.