Addington won Food Network’s ‘Cutthroat Kitchen’ with her playful vegan food truck idea; Steele is a brewer at NuLu’s Akasha Brewing Company. The two are bringing their expertise to turn The former Monkey Wrench bar, which closed this April after 12 years, into a brick-and-mortar vegan haven.

Addington explained to the Courier Journal that opening a restaurant was necessary because she and her husband and co-founder, Jeff Hennis, “couldn’t get enough food in the food truck to feed the people that were showing up.”

The new menu will incorporate the comfort-food favorites served at the truck, such as vegan Crab Cake Mac ‘n’ Cheese, as well as fresh organic salads and beer pairings. 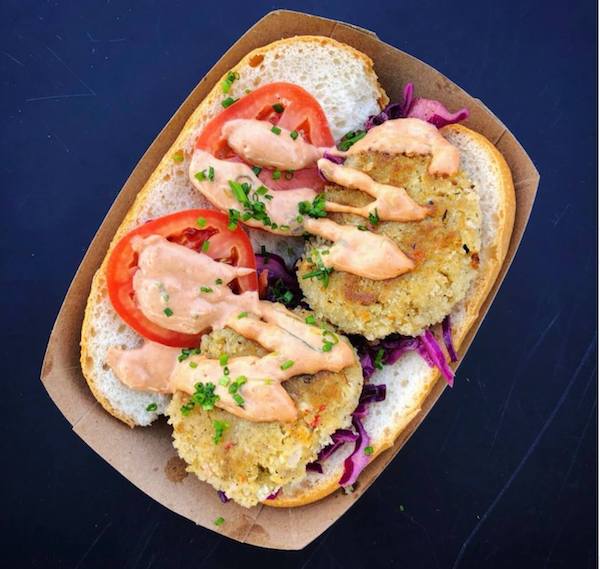 The vegan brew-pub is currently being built and is expected to open this September. When finished, the 3,600 square foot venue will have a contemporary feel, with an abundance of natural light, a spacious upstairs deck, and unique murals by a local artist. Painter Sarah Tidwell, who designed False Idol’s logo, is working on colorful animal-themed murals, in a testament to Steele and Addington’s love of animals.

Explaining that her favorite thing about her food truck is the customer interaction, Addington said, “It’s become an educational way to talk about our message. I’m looking forward to doing that in the restaurant too.”

Steele also hopes that the venture will show more people that “One of the biggest impacts you can have environmentally is to go vegan.” He said, “We’re not doing it because it’s a get-rich-quick kind of thing. We’re doing this because of how much it means to us. Not only are we providing good food and beer, but there’s a meaning behind it. There’s a soul.”

The brew-pub is expected to hire 12 employees and will be open for both lunch and dinner. Addington is unsure at this point whether the truck will continue to operate once the restaurant is open; however, she is excited to get out of the truck which is “always 20 degrees hotter inside… than outside.”