CVS, one of the leading pharmacies and convenience stores in the U.S., is scheduled to hold its annual charity fundraiser in late June. The fundraiser, which is part of the CVS Health Charity Classic Event Series, has been a company tradition for the past nineteen years. However, this 20th-anniversary celebration will be the first event to feature a vegan vendor – Vurrito.

For this milestone event, CVS is partnering with the second annual Crave RI food festival. This two-day event will be held at the Dunkin’ Donuts Center in Downtown Providence, R.I. Attendees will be treated to tastings from over 100 local restaurants and over 150 beer, wine, and non-alcoholic beverage companies. Among these vendors is Vurrito, Rhode Island’s first completely plant-based Mexican food service company. 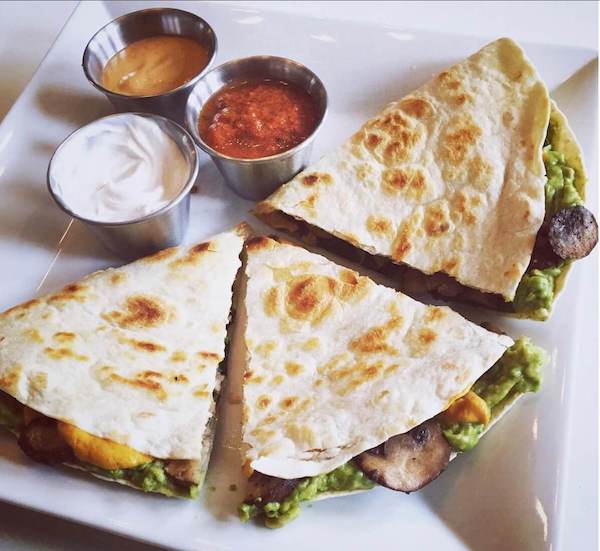 Vurrito operates as a pop-up, serving whole-food renditions of Mexican staples at farmers markets, cafes, and events. Owners Christopher Kerwick and Casey Pomes focus on vegetables in every dish, making sweet potato-stuffed tacos, mushroom quesadillas, fresh guacamole and salsa, and of course,  veggie-packed bean and rice burritos. What makes their burritos unique is that they are grilled, creating those appealing and tasty char marks along the tortilla. The company is still fairly new – it just launched in 2017 – however, the owners are looking to eventually expand, aiming for national chain status.

Although this may seem like an ambitious goal, many vegan businesses have successfully grown from pop-ups to thriving brick-and-mortar establishments. In Australia, one of the country’s most popular vegan fast-food chains, Lord of the Fries, began selling fries out of a van. The company now has six franchise locations. In San Diego, Calif., Anthem Vegan started by selling vegan comfort food at farmers markets and in-home brunches. It is now a buzzing full-scale restaurant, serving breakfast, lunch, and dinner. The crowds and exposure at Crave RI may help Vurrito attract more regular customers and get a head start on its first permanent location.

Proceeds from ticket sales and on-site donations will benefit a plethora of local Rhode Island and national non-profits, including schools and youth programs, the American Heart Association, the Autism Project, and the Special Olympics Rhode Island Chapter, among many others. The CVS Health Charity Classic Series has already raised $21 million throughout its twenty years of events.

The festival will be held from June 21 – 22. For tickets, visit the Dunkin’ Donuts Center website.