Oat milk is a rising trend in the US, but in Europe, particularly Nordic countries, plant-based oat beverages have been the norm for some time. One family-run Finnish food and beverage company, Kaslink, is capitalizing on the rising popularity of oat milk, shifting its dairy-based focused to more vegan-friendly products.

Although based in Finland, Kaslink products can be found in 15 European countries. It began as a sauce company in 2001, but slowly transitioned into dairy, successfully reporting sales of €60 million. With an objective to create new and innovative products, the company’s revenue grew by 50 percent each year between 2011-2016. Realizing that plant-based foods on the forefront of the food and beverage industry, Kaslink has decided to pursue non-dairy options.

Kaslink CEO Tuomas Kukkonen told Food Ingredient First, “Most of our manufacturing today is in dairy, but non-dairy products will take over.”

Juha-Petteri Kukkonen, the company’s Executive Vice President, also noted, “The knowledge of a healthy lifestyle and the demand for plant-based food are increasing significantly. People are also more and more aware of issues concerning the environment and sustainability. What’s more, people are eager to try new things and new foods.” 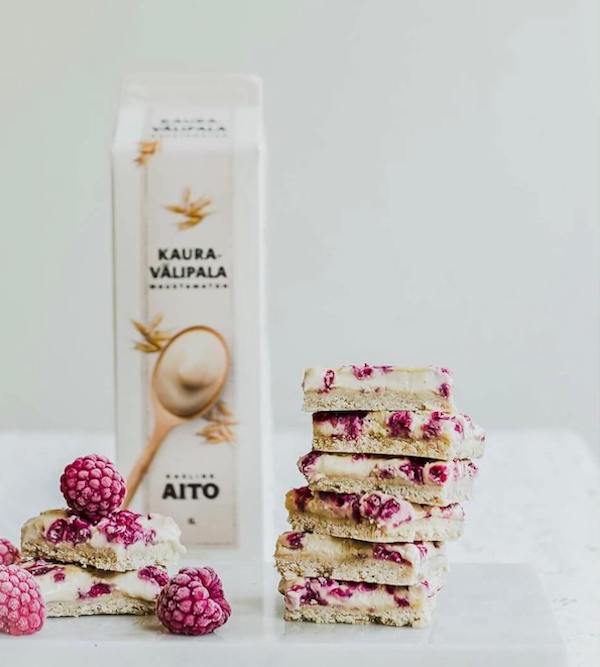 The company was the first to launch an organic oat-based beverage in Finland, under its brand Kaslink Aito. It is also working on an oat-based yogurt, as plant-based yogurts are an emerging category in the global consumer market.

The company is confident that plant-based options are not merely a trend, but here to stay. As such, Kaslink promised to launch several new plant-based, vegan-friendly oat products in the coming year.

Another prominent oat-based company, whom many credit for the rise in oat milk, particularly in the US, is Oatly. The Swedish brand was founded in the 1990s, but once it launched in the States in early 2017, oat milk took off at a rapid pace. What was once a rare find is now widely available in supermarkets and coffee shops, and it’s not stopping there. In just the past few months, Oatly has greatly expanded its product line to include coffee drinks, “oatgurt,” savory oat spreads, and ice cream. Based on company promises, consumers may look forward to similar products from Kaslink in the coming months.