Dairy UK has launched a new advertising campaign targetting the general public “in a bid to win back those who are going vegan”.

By way of convincing supermarket shoppers to purchase dairy products, the campaign is carrying a seemingly official Government logo for the “Department of Dairy Related Wholesome Affairs”.

The dairy industry across the EU and US have been heavily battling against the rise in vegan diets this year, even exercising legal action to take back the word ‘milk’ with the claim that customers will feel mislead when purchasing plant alternatives. With this in mind, their latest ad campaign could be seen as a little hypocritical. 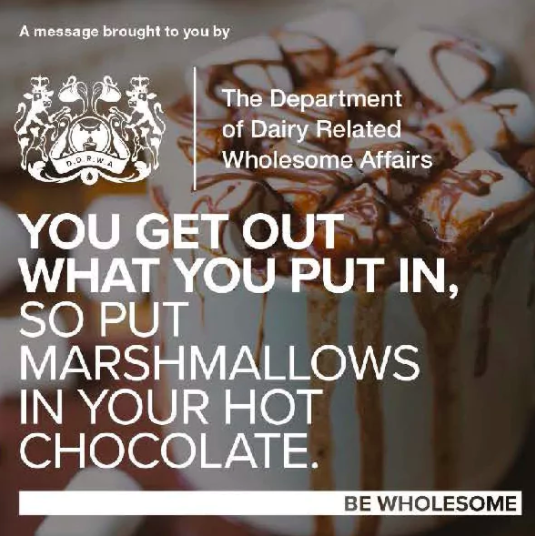 Latest figures show that plant milks and dairy alternatives are on the rise with vegan milk expected to reach a global $28 Billion value by 2021. Furthermore, earlier this year an anti-dairy campaign was approved by the UK’s Advertising Standards Authority deeming milk as ‘inhumane’, giving just another example of why the dairy industry is feeling so threatened.

Regardless of diet and lifestyle choice, this spoof campaign will likely be considered unethical by consumers as the ‘endorsed’ labeling is confusing and misleading, particularly to those who have not have yet learned about the industry’s corruption. 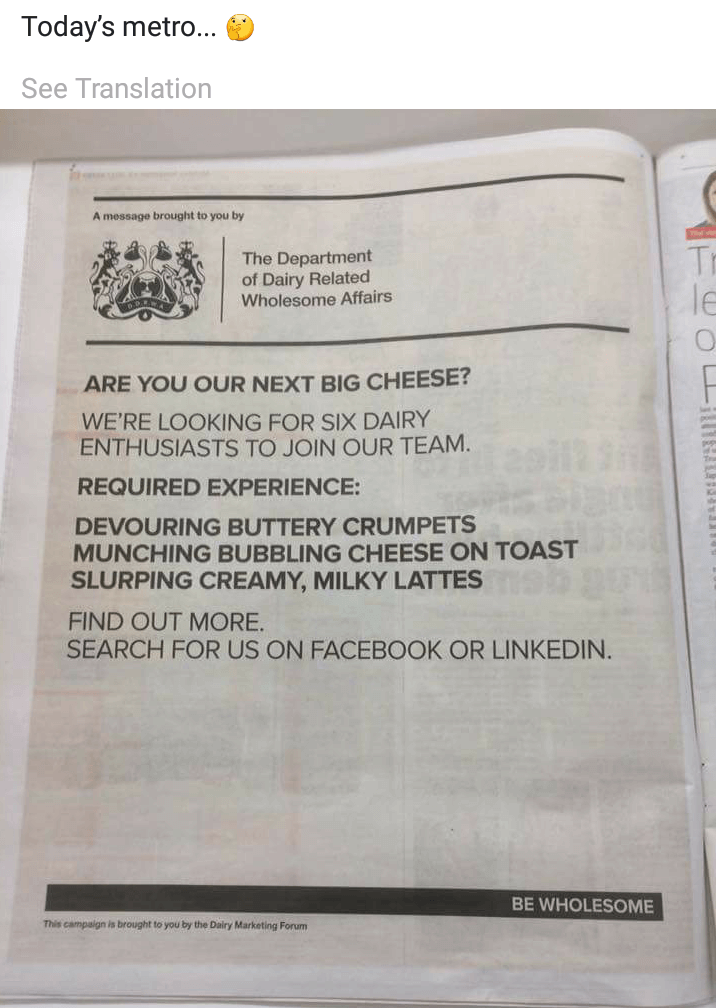 Currently, the ads taken full-page spreads leading newspapers such as the Metro however could make their way to supermarket shelves by next year.