Daiya Foods vegan “cheezecakes” are now available at Sainsbury’s and select stores in the UK. The launch follows the North American company’s recent expansion to London in April.

Daiya has established itself as the leading maker of dairy, gluten, and soy-free plant-based foods in North America since opening in 2008. The well-recognized brand began with producing vegan cheeses but has since exploded into multiple markets, including ready-made meals, frozen pizzas, mac and cheese, dressings, ice cream bars, and of course, cheesecake.

After gracing the market shelves of select grocers in the U.S. and Canada since 2015, the beloved vegan cheezecakes have made their way to the UK. The desserts are stocked in the frozen aisle, alongside the non-vegan frozen treats and tubs of whipped cream. Currently, only the chocolate flavor is available in the UK, but the brand hopes to offer its other flavors – Strawberry, Key Lime, Pumpkin, and classic New York Cheezecake – in the future. 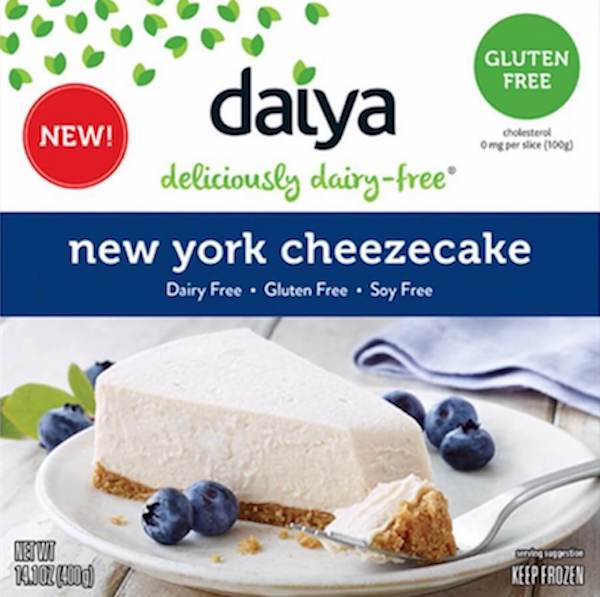 In a press release announcing the brand’s UK distribution, Daiya CEO Terry Tierney remarked, “We recognize that consumers in the UK are making conscious choices to embrace both a healthier planet and healthier lifestyle. Our fans across the UK have been petitioning for Daiya products for years.” He continued, “This momentous launch demonstrates we are another step closer in our continued journey in bringing the incredible benefits of plant-forward living to more people worldwide.” Not all Daiya products are currently available in the UK, but consumers can expect more variety within the coming months.

In addition to increasing its distribution, the company is continually developing new products. In March, the brand introduced its new line of vegan burritos, frozen pizzas, and ice cream bars at the internationally renowned food trade show, Expo West.

The transcontinental expansion of vegan products is becoming the accepted norm as plant-based businesses on both sides of the pond continue to innovate and create exceptional vegan products. Earlier this year, UK-based vegan yogurt company, Coconut Collaborative, expanded its distribution to select stores on the East Coast of the US. And most recently, the extremely popular Beyond Burger announced it will launch in the UK sometime this year.