For millennials, Daniella Monet is best known for her role as Trina Vega, the lead character’s sister on the Nickelodeon show Victorious.

Now, for vegans and veg-curious Daniella Monet, or ‘D’ as she is dubbed here, has just launched a vegan food series on Youtube and FaceBook. This series is called ‘D Takes Your V Card’ where the term ‘V Card’ is used to mean veg-inity (not to be confused with virginity, she’s taken). 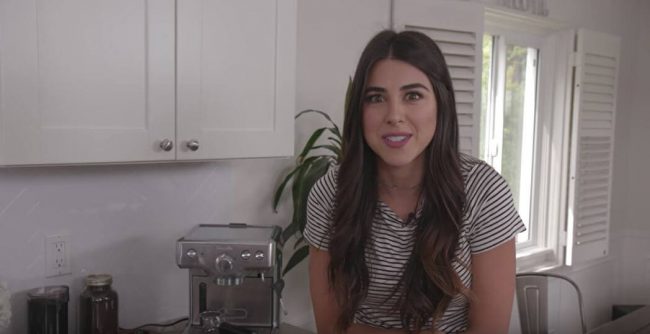 In this series, Daniella ‘Takes The V Card’ of predominately non-veg guest celebs, enlightening them on the deliciousness of vegan food and how flavorsome plant based food can be.

Monet says, “[I]n an effort to save the planet, animals, and your health, I’m exposing everyday meat-eaters to VEGAN food, (for the first time) and essentially taking your V card!”

This 28-year-old Hollywood actress has followed a plant based diet for almost 16 years and has long been involved with vegan activism. Like many, she loves to try new and exciting foods! Daniella even has a V leaf tattoo on her wrist to symbolize her love for her vegan lifestyle. 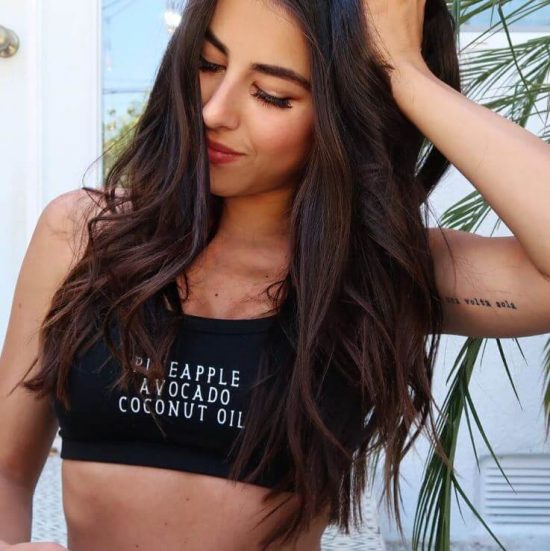 Victorious actor and close friend Matt Bennett, who plays Robbie Shapiro also appears as a guest star in Daniella’s video series – where the two get creative with vegan foodism.

A quick browse of Daniella’s Instagram reveals that she is also an avid animal lover, fitness junkie and as flexible as a rubber band (if her inspiring yoga practice with hunky boyfriend of six years, Gafton Guy is anything to go by…).

Vegan superstar and self-confessed foodie, Monet has commented on her D Takes Your V Card page that, “So many people think it’s nearly impossible to have an entire meal, let alone lifetime, without their favorite meats and dairy packed foods – I’m here to prove them wrong!”