Danny Trejo is not only a successful Hollywood actor (he’s made more than 70 movies), but the star is also a keen foodie and taco enthusiast. And with a vegan son, Trejo has a soft (shell) spot for vegan tacos. Trejo owns the appropriately named popular LA taco chain, Trejo’s Taco’s.

Trejo was recently featured in a video on the LA Times sharing the restaurant’s delicious recipe for a vegan roasted cauliflower and cashew taco.

Speaking to the LA Times at his Hollywood branch, Trejo said he opened the restaurant because he knew it was something his mother always wanted to do. The vegan recipe was developed because he wanted to be inclusive and cater for everybody. He said, “when you’re in the industry, the entertainment industry, inevitably someone’s going to say: I’m vegetarian, I’m vegan.” 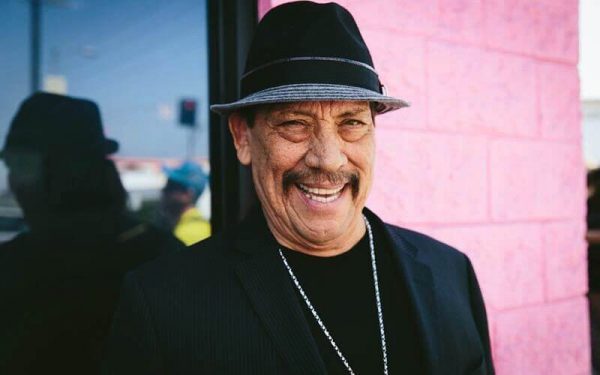 Trejo’s executive chef, Mason Royal, said they chose to use cauliflower in one of their vegan taco recipes because cauliflower “is one of those things you fall in love with.” He’s not wrong. Cauliflower has become a runaway success in the plant-based world eking menu space away from kale and quinoa as the reigning plants of choice in many restaurants.

But it’s worth noting that the cauliflower taco is not the only vegan option available at the Hollywood location. Trejo also offers a jackfruit taco, with avocado cream and slaw, as well as a Mexican falafel taco option, which is served with kale, cashew cream and pickled onions.

Trejo also owns a donut shop in Hollywood that boasts several vegan options further proving that tacos and donuts are the only two food groups that matter. At least in Los Angeles.

Update: Feb 8th, 2018: This article has been edited. It originally cited the executive chef as John-Carlos Kuramoto. The chef is Mason Royal.