NFL team, Tennessee Titans, are known for being a strong and successful team, however, the team’s recent successes could be credited to the vegan diet many of the team members are taking on thanks to Derrick Morgan.

Derrick Morgan, a linebacker for the Tennessee Titans adopted a vegan diet ten months ago, alongside his wife Charity. Derrick’s wife was so supportive of this dietary shift for the pair, she re-taught herself culinary practice, to be a vegan chef.

I think it’s time I get an assignment ?! I’m so passionate about what I do I don’t think of the work. I just think about these guys eating high quality nutritious vegan food. Definitely thanking these athletes for trusting me, as they continue with making theirselves better at what God blessed them to do. ♥️

Titans team began to take notice of his vegan lunches and not too long after he got the ball rolling with many of the curious team also trying or adopting a plant based diet. Team members signed up for a vegan meal plan catered by Charity Morgan herself.

DeMarco Murray, Wesley Woodyard, Jurrell Casey and Brian Orakpo are some of the team who have joined Derrick Morgan in going vegan. Orakpo claims Charity has been a huge help in ensuring the team are eating well. “We all get around this table and have a feast, everybody is making plays. Everybody is healthy. Everybody is eating right, and she’s been a big part.” 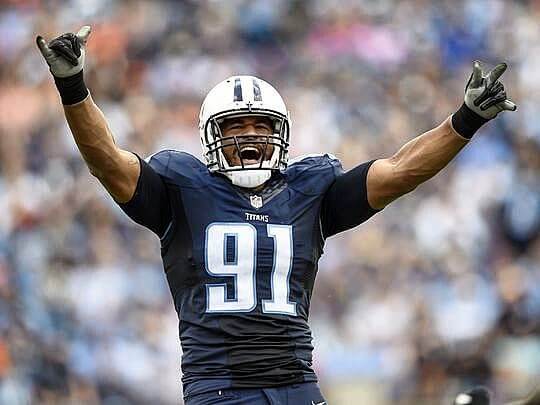 According to ESPN, “They [the players] believe there’s proof in the vegan mac and cheese that a plant-based diet helps them lose weight, recover faster and, believe it or not, play better.” All of which are known effects of plant based diets.

“How Morgan’s wife prepares the food you really can’t tell it’s vegan. It tastes just like what you ate before,” said Jones. ESPN adds the groundbreaking documentaries What The Health and Forks Over Knives have been big motivating factors for most of the team to ditch meat.

Powerfully, Charity said “There’s so many misconceptions. We were taught wrong as consumers of meat, plants have so much protein.”