Mark the calendar, a new vegfest is coming to Londonderry, a city in Northern Ireland. Commonly referred to as just “Derry,” this will be the city’s first vegan festival.

The Irish Vegan Festival in Derry is being organized by Gareth Edwards, the founder of the Vegan Festival event series. He has hosted several successful annual events in Belfast, a city about 113 km southwest of Derry, but decided that Derry needed its own event. Edwards told the Derry Journal, “We thought we shouldn’t just think of Northern Ireland as being Belfast. I thought, it’s time Derry had something.”

Vegan Festival events are all-encompassing; nearly every sector of the vegan lifestyle is represented. Both local and visiting vendors set up shop to sell their vegan food, products, and services, catering to a medley of plant-based cravings and interests. Health and nutrition information booths, film screenings, and speakers also entertain the attendees throughout the day. Edwards has promised a similar experience for the upcoming Derry festival. 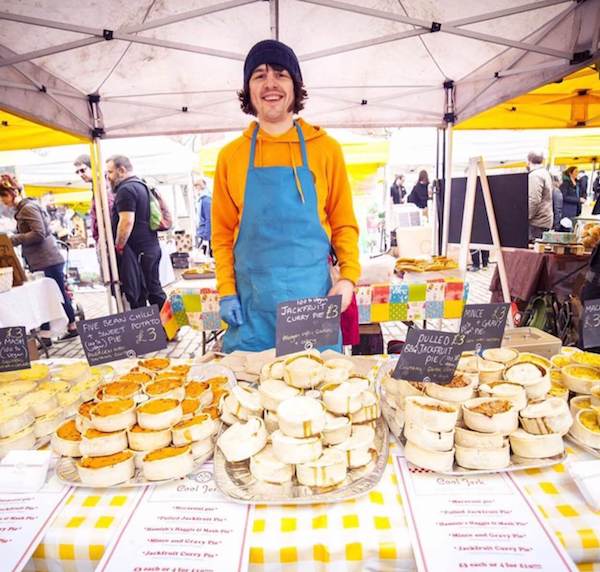 The success of these festivals was unexpected yet welcome, and have led to an expansion across the UK and Europe. Unlike many vegfests, Edwards’ events are not typically located in vegan-friendly metropolitan areas, and yet, people come. The Belfast festival even had to upgrade to a larger location last year. He is also working on bringing the festivals to France.

These events are aimed at more than entertainment and education. Proceeds go toward Edwards’ animal rescue and sanctuary, Farplace. The no-kill shelter serves as a temporary home for dogs, cats, guinea pigs, rats, rabbits, chickens, and pigs looking to be adopted into forever homes.

Edwards is confident in the rise of the plant-based movement and believes its growing popularity becomes evident by looking at national supermarkets. Many major markets, such as Tesco, Waitrose, Sainsbury’s, Iceland, and more have significantly increased their vegan selection within the past few years. “They wouldn’t do that without the demand being there,” Edwards claims.

The Irish Festival in Derry will be held on June 8, 2019, at the Everglades Hotel in Derry. For updates, follow the event on Facebook.