People love a failed vegetarian story, don’t they? And perhaps you came across this one – an interview with ex-veggie and Argentinean ecologist, Claudio Bertonatti.

Whilst it is wise to agree with some of the points Claudio raises in his work, such as our food choices directly linking with environmental welfare, the concern of species extinction and climate change being detrimental to our land – perhaps we should question his motive when it comes to the solution.

Claudio begins by saying: “I thought that by becoming a vegetarian, I’d avoid killing so many animals. But then I changed my mind.” Continuing with, “As a vegetarian, I was helping to prevent the death and suffering of domestic animals but not of wild species”,  and thus he returned to eating an omnivorous diet. But the notion that ‘not killing Group A, isn’t saving Group B, so we may as well go back to killing Group A’ simply isn’t logical.

Later in the interview, he goes on to talk about the biodiversity of the grasslands in Argentina, however states that “the farmer also persecutes any wildlife and kills any animals he considers harmful to production”. Interestingly a USDA study on wildlife damage in the US shows that 3.2 million mostly wild and native species were killed mainly to protect livestock. 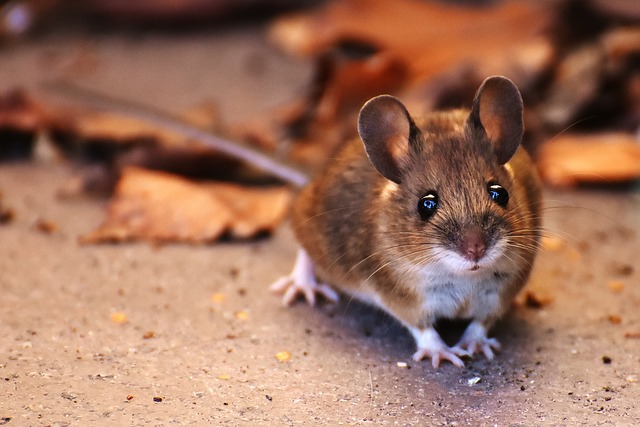 Specifically on the topic of indirect animal deaths in crop cultivation he says “wheat, rice, corn. Most vegans eat these things. The first impact of mass cultivation is deforestation: we force nature out to make room for crops” implying that the impact of farming vegetables is more harmful than that of cattle raising.

Claudio’s overall response highlights that killing animals in food production is unavoidable (and this is true) however, without any backing evidence, claims that cultivation of crops destroys wildlife habitat whereas cattle grazing increases and promotes it.

The interviewer poignantly notes that “There’s evidence that the resources required for meat are far greater than those required for vegetables and that crops make up a large part of these resources: a high percentage of them are used to feed livestock”. Claudio doesn’t deny this and even admits that even though the majority of soy crops are fed to livestock, he will continue to consume livestock …because of the harm crop-growth causes wildlife? 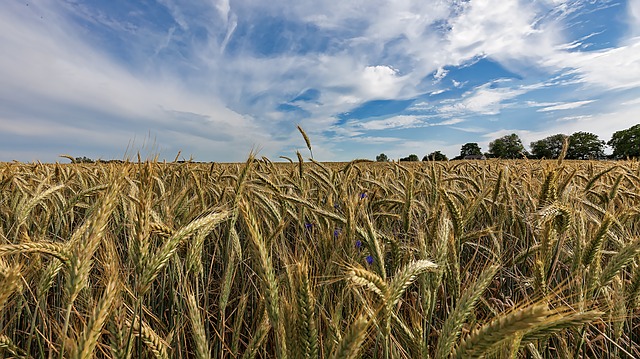 The World Resource Institute says that “By the best global average estimates, beef converts only 1% of gross animal feed energy into food for people” meaning that the other 99% is essentially wasted.

You can think about this more simply – beef cattle will consume anywhere between 4 and 8lb of grain per day, a significantly higher amount than your average human – so with that being said, if we want to reduce the amount of accidental animal deaths in the farming of these grains, we need to scale back on the demand – this means looking at the biggest grain consumer, i.e., our friend Daisy.

Essentially then, if we want to stop feeding the majority of our grain to livestock, their populous depletes.

And what does that mean in practical terms? Eating. Less. Meat….. or, none, preferably.

Additionally, if we take a look at the comparison of indirect species death from harvesting cropland, we can see that the number of animals killed to produce 1 million calories is significantly higher in animal agriculture compared to plants: 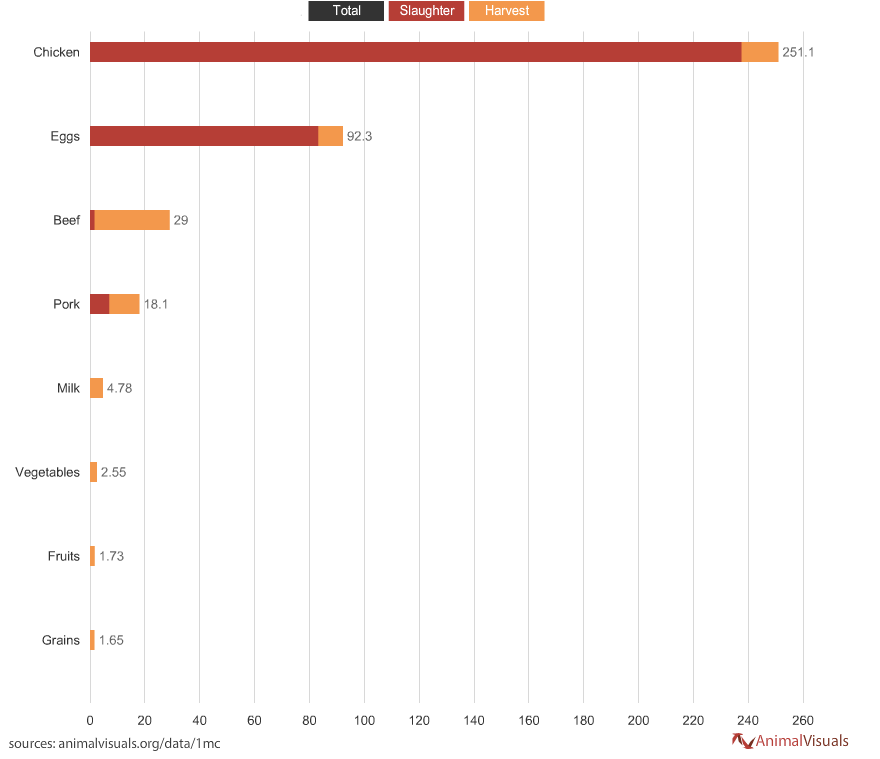 Moving on, let’s address the obnoxious title “Vegans and Vegetarians Don’t Think They Kill Animals But They Do”.  Vegans know full well they are accountable for harm and that veganism at its core is about reducing it where possible and practical, not self-purity. The intention of the title and entire article is to lessen the guilt of those who choose to eat meat – the fact that some animals die in the process of growing our soybeans doesn’t negate the purpose of veganism like this journalist wants us to think.

So no, vegans shouldn’t just give up because they “can’t live a life without causing zero animal deaths” the lifestyle clearly causes less harm than any other.

Throughout the article, it is apparent that Claudio believes veganism is not compatible with nature conservation, and is essentially a waste of time when it comes to environmental benefits, yet fails to back up any of his opinions with statistics or hard evidence.

When you realize that Claudio’s article on “confused” vegans was written for a website focusing mainly on livestock news, one does begin to wonder if he just has a conflict of interest.