It has been announced that Shaun Monson, director of the pro-vegan American documentary Earthlings, will release a series of short films. The films, which have been reported by Plant Based News, will feature Joaquin Phoenix and focus on the Save movement. 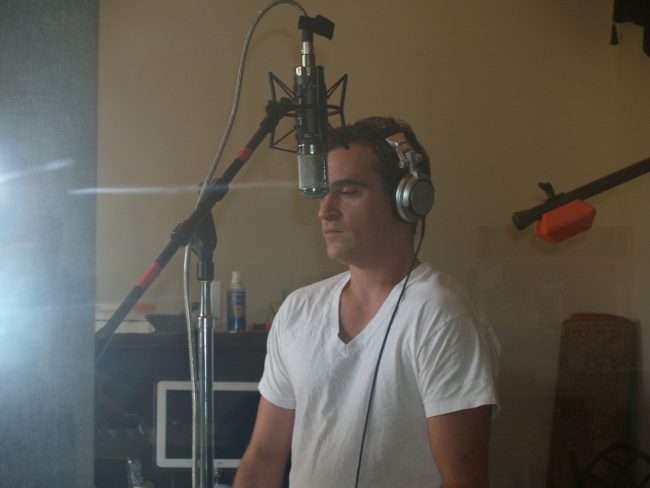 Joaquin Phoenix is the narrator for earthlings but it better known for his role as Commodus in Gladiator and portrayal of Johnny Cash in Walk the Line. The actor became a vegan at the small age of three after he and his siblings joined their parents on a fishing trip. Phoenix was unable to bare the thought of eating meat again after seeing his parents hit the fish against the side of the boat to kill them. Phoenix is well known for his animal rights activism and has previously worked with PETA, featuring in a video which is supposed to highlight the pain fish feel in their last few moments alive by comparing it to a human drowning.

The subject of Monson and Phoenix’s short films will be the Save movement which has been gaining momentum since it’s inception in 2010. The movement’s main campaign is called Bearing Witness which involves groups of people ‘bearing witness’ to animals who are on their way to the slaughterhouse. Often the groups give the animals water and attention whilst they are in the truck on their journey. Many animals are transported in tightly packed trucks without water or food.

Save encourages people to create groups in their local community and so far it’s had a huge response. There are currently Save groups operating all over the globe including in Australia, Japan, Brazil and Poland.

Although Monson is best known for his work on Earthlings, he released another documentary in 2015 called Unity which featured big names as narrators such as Amanda Seyfried, Catherine Tate, Ellen DeGeneres and Jennifer Aniston.

If his previous work is anything to go by, there’s no doubt that this series of short films will be fantastic to watch.