The former director of lab-grown meat at vegan company JUST (formerly known as Hampton Creek) has started his own company.

Reported by Gizmodo, Eitan Fischer, who acted as director of cellular agriculture at the San Francisco-based company, filed to register a business called Mission Barn Inc. on March 28. As of April 4, registration was completed. Details are scarce, but Fischer said that he would “publicly share more about the company in a few weeks.”

Jacy Reese, co-founder and research director of New York City-based think tank, Sentience Institute, revealed insight into Fischer’s departure: “Many of the leaders of the clean meat industry are focused on making clean meat available and growing market share as quickly as possible. There’s tons of room for more companies in the space, so this will inevitably mean some leaders leave larger companies to start new ones.” 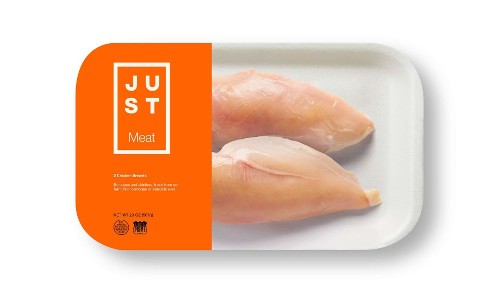 Mission Barn Inc. was reportedly created in order to get lab-grown meat on the market sooner than other companies. By using cells from a farm animal, scientists are able to create meat that has the same molecular structure as animal-based meat. The production of lab-grown meat uses fewer resources such as water and land compared to traditional meat production. It also eliminates the need to raise and slaughter animals, decreasing greenhouse gas emissions and animal welfare concerns.

Lab-grown meat has been in production for a number of years, but cost of production has been beyond that of what the average consumer could afford. The first lab-grown burger, which was created by Dutch scientists in 2013, cost $330,000 to make. However, work has been done to significantly reduce costs, leading several companies in the race to be the first to introduce lab-grown meat to the masses.

Last year, JUST announced that it planned to start producing lab-grown meat, claiming to be ahead of their closest competitors by two years. “By the end of next year, we’ll have something out there on the marketplace,” said JUST CEO, Josh Tetrick.

Memphis Meats, a competitor company backed by Tyson Foods, hopes to bring “clean” chicken and duck meat to market by 2021 and Mosa Meats hopes to introduce its clean hamburgers to high-end restaurants within the next one or two years.