By June next year, it will have eliminated all plastic straws and stirrers from every one of its owned and operated locations across the globe. It estimates the move will cut the production of 75 million straws and 13 million stirrers annually. Disneyland Paris has replaced plastic straws with paper alternatives as of April 2019.

The decision will impact all of Disney’s theme parks around the world. Further, in its cruise ships and hotels, Disney plans to phase out disposable plastic bottles by replacing the items with refillable in-room alternatives. The international company claims this will reduce plastics used in guest suites by 80 percent. It will also cease using single-use plastic bags as a default option and instead offer guests multi-use bags at a small price.

Additionally, Disney will eschew all polystyrene cups from its locations across the globe. Disney previously committed to recycling single-use waste and responsibly disposing of what can’t be recycled, however, it says these additional steps will further reduce its environmental impact.

“Eliminating plastic straws and other plastic items are meaningful steps in our long-standing commitment to environmental stewardship,” commented Bob Chapek, Chairman of Disney Parks, Experiences, and Consumer Products in a statement. “These new global efforts help reduce our environmental footprint, and advance our long-term sustainability goals.”

“Disney has always been inspired by nature – and it is a uniquely powerful brand that inspires, educates, and entertains, all at the same time,” added Dr. M. Sanjayan, CEO of Conservation International. “Today’s announcement is more than about reducing single-use plastic waste, it’s also about showing millions of kids and adults from around the world the many ways we can change our daily habits to care for the oceans and protect nature that sustains us all.” 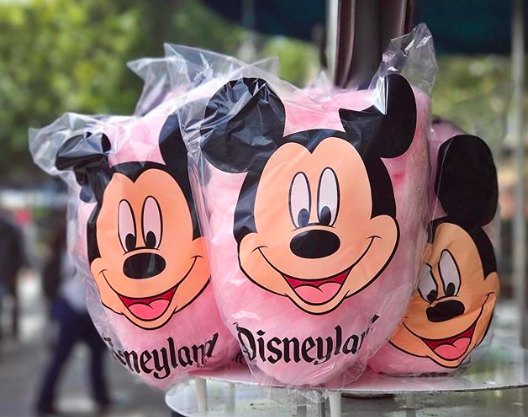 Dr. Sanjayan added that Disney’s commitment to sustainability is “a legacy that stretches from the highlands of Peru to the islands of the South Pacific.”

Since its launch in 1995, Disney’s subsidiary The Disney Conservation Fund has donated upwards of $70 million to combat falling wildlife populations around the world. Last year, it cut its greenhouse gas emissions by 41 percent and directed just under half of its waste away from landfills and burning. The company’s vision is to one day have a net of zero greenhouse gas emissions and hold a zero-waste status.