Do plants really feel pain? Every now and then, a story will make the rounds on news sites and social media sharing the findings of a study that allegedly uncovered that plants, like animals, experience pain. These articles typically leverage the findings to push back at the ethics of not eating animals as if to say, if plants feel pain, then it’s really the same as eating meat, dairy, and eggs.

These articles often cherry-pick findings from actual scientific studies which show certain capabilities of plants, but is the argument that plants feel pain really accurate? The way these studies are reported in the media can be quite biased, drawing conclusions from the research that the original authors never mentioned.

Can Plants Hear Themselves Being Eaten?

An oft referenced study is a 2014 study published in the journal Oecologia that was undertaken at the University of Missouri. Researchers found that a certain species of plant released defense chemicals that made it less appealing to herbivorous creatures in response to the sound vibrations of caterpillars munching on it. 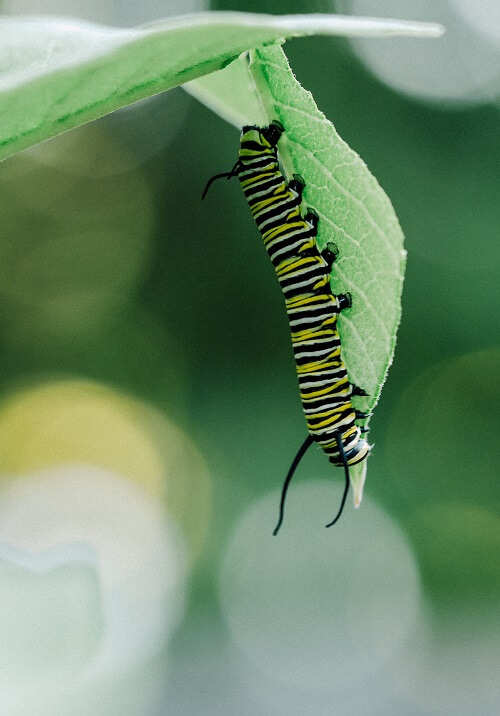 The Sun newspaper reported on this study, the headline to the piece crowing, “what are the veggies going to eat now?” The article claimed that plants “know” when they are about to be eaten, and are “not happy” about it. Business Insider news website also published an article on this study, opening with “vegetarians and vegans pay heed,” before going onto say that plants “don’t like it” when they are eaten.

The scientific study which these assumptions have been drawn from, predictably, makes no such claims suggesting that plants are as consciousness or as sentient as farm animals. While plants were able to differentiate between the vibrations caused by an insect dining and the rustle caused by wind, the study states that “the ecological significance of these responses is unclear.”

One of the researchers who conducted the study, Dr. Heidi Appel, summarized their findings as follows; “We found that feeding vibrations signal changes in the plant cells’ metabolism, creating more defensive chemicals that can repel attacks from caterpillars.”

Our current understanding of pain involves sensory and emotional, both subjective components. Analogous neurological structures (for example, specialized pain receptors, also called nociceptors) are found in both human and non-human animals, according to a 2009 study in the National Academies Press. 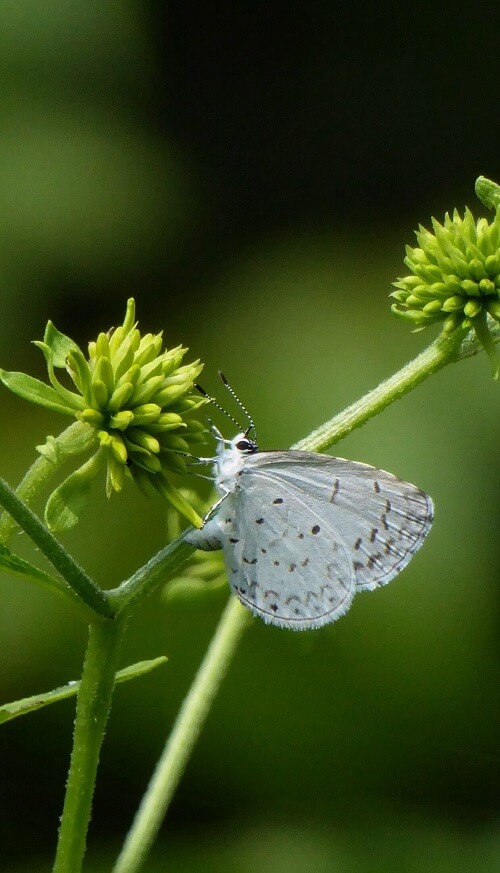 Studies have also shown that animals are likely to experience the emotional, subjective components of pain. No matter what the animal – dog, cow, pig, cat, bird, etc – most will respond to pain in a physical sense. Unlike animals, plants don’t have a central nervous system or brain. If they did, then they might run away from or fight back against insects or machines that harvest them, like in the case of animals who have escaped slaughterhouse trucks.

Plants, however, do not have such analogous structures. Plants can respond to stimuli, like the aforementioned species that released unsavory chemicals while being eaten by an insect or they can turn towards the sunlight. While plants are rooted, videos show that they do move around throughout the day. But, they don’t have the same fight-or-flight response to the threat of pain or death that humans and non-human animals have. And there is no scientific evidence to show that they can “feel” in the same way as humans and other animals can.

Professor Daniel Chamovitz, Dean of the Faculty of Life Sciences at Tel Aviv University, is a plant scientist who had conducted extensive research into how plants experience the world. He has even written a popular book on the topic: 2013’s “What a Plant Knows: A Field Guide to the Senses.” Although Professor Chamovitz often talks about plant feelings, stating that they are not the inanimate objects that many believe they are, he acknowledged in an interview that “a plant can’t suffer subjective pain in the absence of a brain, I also don’t think that it thinks.”

Speaking to how plants function, he said, “If you think about it, rootedness is a huge evolutionary constraint. It means that plants can’t escape a bad environment, can’t migrate in the search of food or a mate. So plants had to develop incredibly sensitive and complex sensory mechanisms that would let them survive in ever changing environments.”

In a nutshell, plants are able to sense things like sound, sun, and even smell as an evolutionary necessity because they are largely immobile. Additionally, animal right nonprofit Mercy for Animals notes that plants have no nociceptors, the specific receptors that allow humans and animals to feel pain. 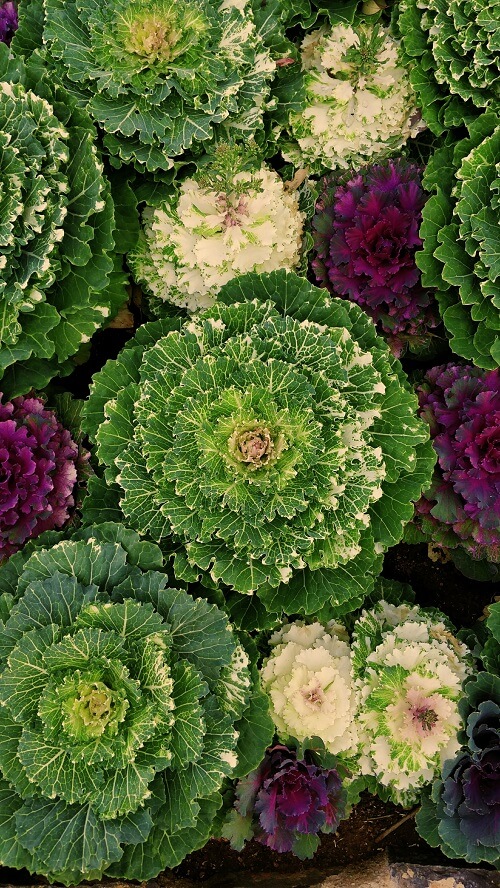 Do Plants and Animals ‘Feel’ the Same Way?

Animals, on the other hand, are wholly capable of experiencing and responding to pain and stimuli. According to the International Association for the Study of Pain (IASP), pain is “an unpleasant sensory and emotional experience associated with actual or potential tissue damage, or described in terms of such damage.”

The definition, which is technically applicable to humans, emphasizes the importance of self-reporting pain – think the charts at a doctor’s office, a scale of one to ten, etc. Even the IASP acknowledges that measuring pain can’t be pinned down to an exact science, as different people will have different definitions of what a pain level is. One person’s “severe” could be another’s “moderate.”

And while animals can’t verbalize their pain in the same way that humans do, it doesn’t mean that they don’t experience it. Due to advancements in science, techniques such as Judgement Bias Testing (JBT) show that animals experience pain in a way similar to humans – not plants, as coverage of the “plants feel pain” study implies.

What JBT does is measure an individual’s “affective state,” or emotional state through how they respond to ambiguous situations. This can be applied to animals through training them to associate tasks with positive or negative outcomes. For example, one study involving dairy calves aimed to uncover if the animals were in a negative headspace following disbudding, a method of dehorning young cattle that involves use of a hot iron. 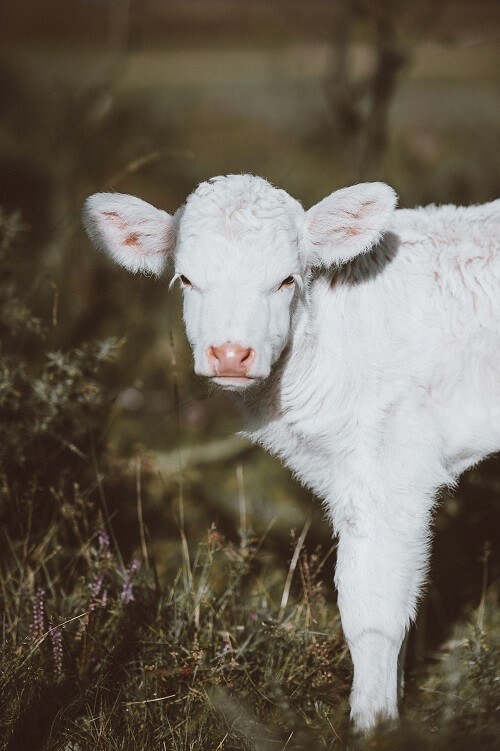 In the study, titled “Pain and Pessimism,” researchers trained calves to learn that if calves touched a red computer screen with their nose, they would be rewarded with milk. If the screen was white, they received nothing. Calves quickly learned the correlation and would touch the screens when red, but ignore it when the screen went white.

After that, researchers introduced the more ambiguous dark pink and light pink screens – and found that calves were more likely to touch dark pink screens. The calves then underwent hot-iron disbudding before being exposed to the colored screens again. After the painful experience, calves were less likely to respond to pink screens. Researchers concluded that the traumatic experience had a negative affect on the animals’ mental state.

For the trial, calves were given an anesthetic but in many countries, including Australia, Denmark, and New Zealand, no local anesthetic is required for calves under a certain age. It can be speculated that if the calves’ pain wasn’t numbed at all, then the effects on their mental state would be greater.

Plants, however, can’t be given the same treatment as calves – while they may respond to different levels of light, flora wouldn’t respond when presented with the same options as dairy calves.

Science is always evolving and advancing (that’s part of what makes it so great!), so it may be the case that in years to come we find out that plants are sentient in their own way, and if that day comes we may have to think about how we treat them. However, in terms of our current scientific understanding, there are clear differences between plants and animals as mentioned above.

Even if, in an unlikely future scenario, plants are found to have “feelings” similar to animals, using it as a counterargument against a eating animals is a moot point because livestock raised for meat, dairy, eggs, etc, are fed plants.

It is estimated that “for every 1 kg of high-quality animal protein produced, livestock are fed about 6 kg of plant protein,” according to the study “Sustainability of meat-based and plant-based diets and the environment.”

If this is the case then many more plants are killed to feed an animal up to slaughter weight, and then kill and eat the animal, than to just kill and eat the plants ourselves. When it comes to soybeans – a staple ingredient used to make tofu, tempeh, and more modern plant-based meat – 98 percent of the crop grown in the US is actually used to feed livestock.