A petition has launched to nominate Dr. T. Colin Campbell for the Nobel Prize of Medicine. Dr. Campbell is an established plant-based nutrition researcher and biochemist, as well as a Jacob Gould Schurman Professor Emeritus of Nutritional Biochemistry at Cornell University.

As of July 22, the petition has already garnered 6,835 signatures. The verbiage states, “The Nobel Prize in Medicine is awarded to people whose work is transformative and translational. Dr. Campbell’s groundbreaking discovery of the healing effects of a whole food, plant-based diet has the power to benefit every person born into this world.

The petition organizers also point to Dr. Campbell’s work as an effect on the environment. “Importantly, [Dr. Campbell’s work] also is the most important tool now available for slowing climate change before reaching a point of no return; animal agriculture has been well established by leading authorities as the leading cause of global warming.”

84-year-old Dr. Campbell has had a thriving career, publishing original research for over five decades. However, his journey to becoming one of the most well-respected plant-based researchers was somewhat unexpected, given his upbringing. Growing up on a dairy farm, he first believed that animal products were essential to health. After spending time in the Philippines in the 1960s, Dr. Campbell had a change of heart, which launched him into plant-based research. 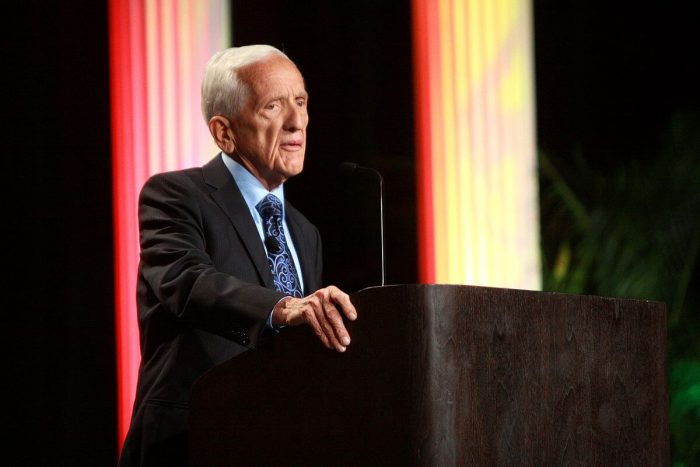 Dr. Campbell’s work in plant-based nutrition preceded the times, and he was often faced with “ridicule and other forms of hardship that often result when someone challenges a dominant paradigm,” says the petition.  Yet, this did not deter him from his mission.“[H]e never wavered in his commitment to seeking the truth,” it continues.

Those who sign the petition agree that “We know of no person more deserving of such recognition, and no other issue as important to the health of people and this fragile planet we all call home.”

One of Dr. Campbell’s most famous accomplishments is “The China Study,” which is one of the best-selling nutrition books to date. The book delves into the connection between animal protein and chronic illnesses, heart disease, cancer, diabetes, and nutrition, among other health-related topics.

More recently, Dr. Campbell kicked off the new year with a three-month healing tour of America. Alongside his son Nelson, who founded the vegan frozen meal company PlantPure, the two gave talks about the benefits of a plant-based diet across the country. Dr. Campbell also founded the T. Colin Campbell Center for Nutrition Studies and is featured in numerous vegan health documentaries.