A bike path made entirely from recycled plastic is now open to cyclers in Zwolle, a 1,300-year-old town located in the northern Netherlands.

The Thomson Reuters Foundation, the philanthropic branch of Canadian global information and news network, reports that the new bike path is made from the equivalent of 500,000 plastic bottle caps. It’s estimated that the upcycled Dutch cycling road is two to three times more durable than traditional pavement. The use of discarded plastic is part of an effort to help divert plastic waste from the oceans. According to the United Nations Environment Programme, more than eight million tonnes of plastic pollution enter the world’s oceans each year.

The path was created as a joint effort between Dutch engineering firm KWS, pipe maker Wavin, and French oil company Total. Leading environmental expert Guus Velders, who was named on the Time 100 list of the most influential people in the world in 2017 and praised by fellow environmentalist Leonardo DiCaprio, said the initiative was a “positive step” towards a more circular use of materials. 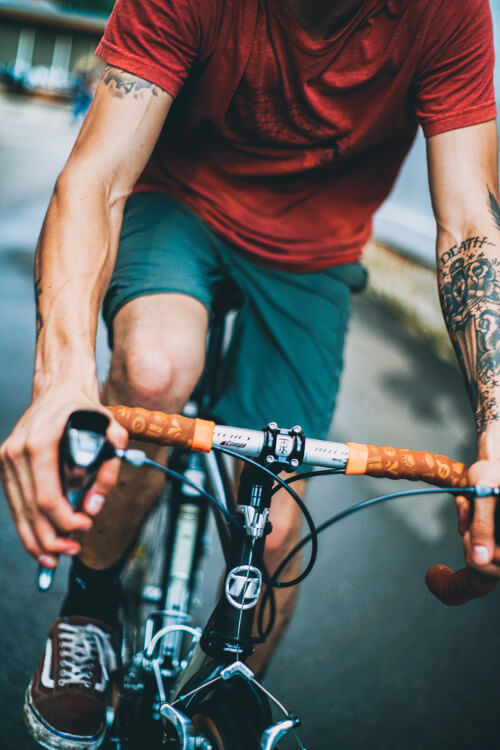 Last July, the Dutch government pledged to halve its use of primary resources by 2030 with the intention of achieving a circular, zero waste economy by 2050. One of the steps towards the initiative includes ending the use of single-use plastic items such as plates and straws.

“This first pilot is a big step towards a sustainable and future-proof road made of recycled plastic waste,” said path investors, Anne Koudstaal and Simon Jorritsma, in a joint statement.

While the new bike path has been praised by many, some are concerned by what effects the plastic materials used might have on the environment when they begin to degrade. “Using plastic to make bicycle paths may help to keep plastics out of landfill and … but it’s still unclear what happens to this plastic as the surface of the path is worn away,” said Emma Priestland of Friends of the Earth, an international network of environmental organizations in 74 countries.

A second upcycled plastic bike path is set to open in the Northeastern Dutch village of Giethoorn this November.