The Vegetarian Butcher, a vegan meat company based in the Netherlands, has partnered with a major meat brand to extend its plant-based offerings to the masses. The startup hopes to leverage Mora’s nationwide recognition to make vegetarian food even more accessible and familiar.

Mora is one of Dutch food manufacturer Van Geloven’s most popular brands. It is known for its frozen meat-based products like croquettes, Frikandellen (a Danish hot dog), and hamburgers. The Vegetarian Butcher is also known for its meaty offerings, but its ingredients are entirely plant-based. While some of the products currently contain egg or dairy, the company recently committed to going fully vegan by the end of 2019. Mora has been around since 1960, and though The Vegetarian Butcher only launched in 2010, it has seen steady success and is now available in 16 countries.

The partnership has promised at least three products, which will be available in supermarkets and cafeterias by 2019. This includes a vegetarian pulled pork croquette and Bitterballen (a fried meat and butter based bite) and a Kipkorn, which resembles a fish stick, but with chicken or turkey. However, those who can’t wait to try the croquette can sample it at De Vegetarische Slager De Vleesch Lobby, The Vegetarian Butcher’s restaurant, as early as October 2. 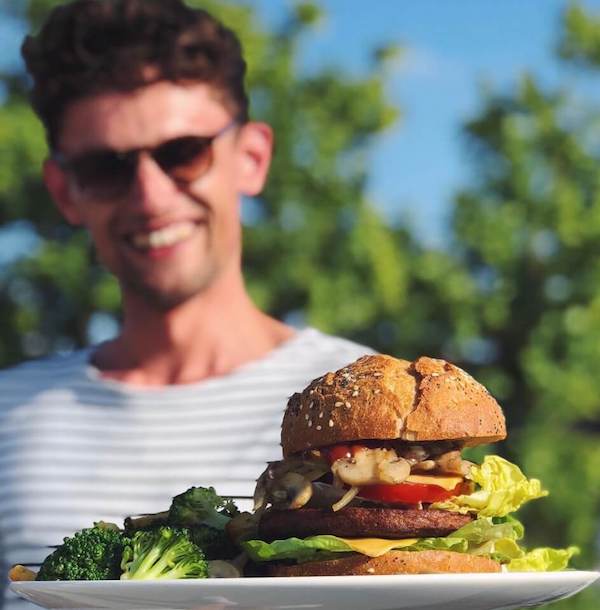 39 million Mora croquettes are eaten every year, according to FoodNavigator, but the company is looking to expand into the plant-based market. Data from the University of Wageningen states that 750,000 Dutch consumers identify as vegetarian and two-thirds of the entire population claim to be flexitarian.

Marcel Joosten, marketing director for Van Geloven, said, “Every Dutch person is entitled to a croquette, with or without meat. We are proud that with this collaboration we can merge ‘best of both worlds’ and give a valuable new impetus to our Mora brand.”

The Vegetarian Butcher will also benefit from the partnership, piggybacking on Mora’s brand recognition and mass distribution. Founder Jaap Korteweg stated, “We have launched a large assortment of meat and fish substitutes on the market. By working together with a snack authority like Mora, we are making vegetarian snacking even better and more accessible.”

Korteweg has repeatedly promoted the realistic taste and texture of his products, claiming that they are virtually indistinguishable from the ‘real thing.’ Although his company is continually growing, Korteweg still places an emphasis on quality, flavor, and texture. “Above all,” he noted, “we want to bring a range of snacks to the market that taste as they should taste. Both for the meat lover, flexitarian, and vegetarian.”