Stories of plant-based fast food restaurants taking up residence in buildings previously used for traditional, meat-based fast food chains have hit the media lately. Plant Power Fast Food in San Diego have recently moved into what was once a Burger King, and vegetarian and organic drive thru, Amy’s, is set to fill a former Denny’s building.

Plant-based success isn’t only limited to California, though. An all vegan restaurant in Texas will soon expand and in doing so will repurpose old Church’s Chicken sites. Earth Burger, which is Texas’ first ever plant-based fast food spot, have only been in business for three years but already they are about to open two more eateries. 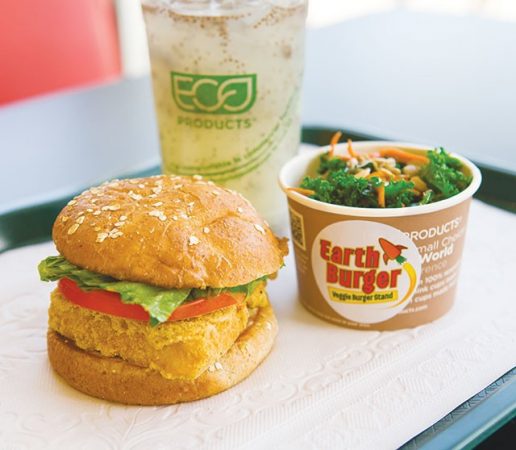 Complete with drive-thru the burger joint serves up a whole host of delicious plant-based alternatives to regular fast food. The menu includes ‘Chick-n’, burgers, ‘beefy’ patties and even ‘Fish-less‘ sandwiches.

Not content with just rustling up delicious eats, Earth Burger also include calories on many of their menu items and nutritional information about the fat, protein and fibre content of their products. The ‘veggie burger stand‘ boast no saturated fat or cholesterol in both their chick’n and beefy patties. 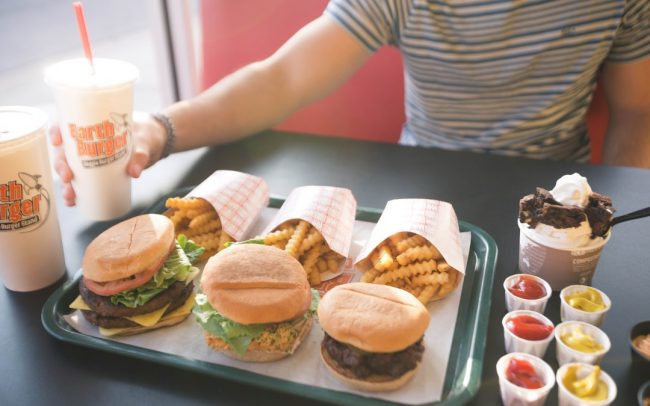 In addition to the two extra restaurants set to open soon, Earth Burger are also looking at several other properties in Texas for the beginning of 2018 and even hope to expand outside of the state within the next six months.

As plant-based fast food business begin to grow in popularity, they are becoming more widely available and this helps make veganism accessible to a greater number of people. If current trends in consumer food choice’s continue, companies like Earth Burger, Amy’s and Plant Power Fast Food could be the next Burger King, McDonald’s or KFC.