Brendan Montague – the editor of the leading UK environmental publication The Ecologist – is going vegan after he allowed readers to vote on his January diet.

A pescetarian since the age of 14, Montague already felt compassion for land animals, but it wasn’t until David Attenborough’s “Blue Planet II” that he decided to give up eating squid. He later excluded salmon from his diet as well.

After a little push from 62 percent of his readers, Montague is ready to transition to a plant-based diet. “I gave the subscribers to our newsletter the chance to vote on my diet, on what is for many a solely personal choice,” he explained in a post on The Ecologist website. “Hundreds of people voted. Democracy in action, on a one-human scale.”

Going vegan is a suitable lifestyle choice for the editor, considering he believes that Simon Amstell’s 2017 feature-length mockumentary “Carnage” is the future. The film is set in 2067, where everyone is vegan, with some of the older generations struggling to overcome the guilt of their animal-eating past. 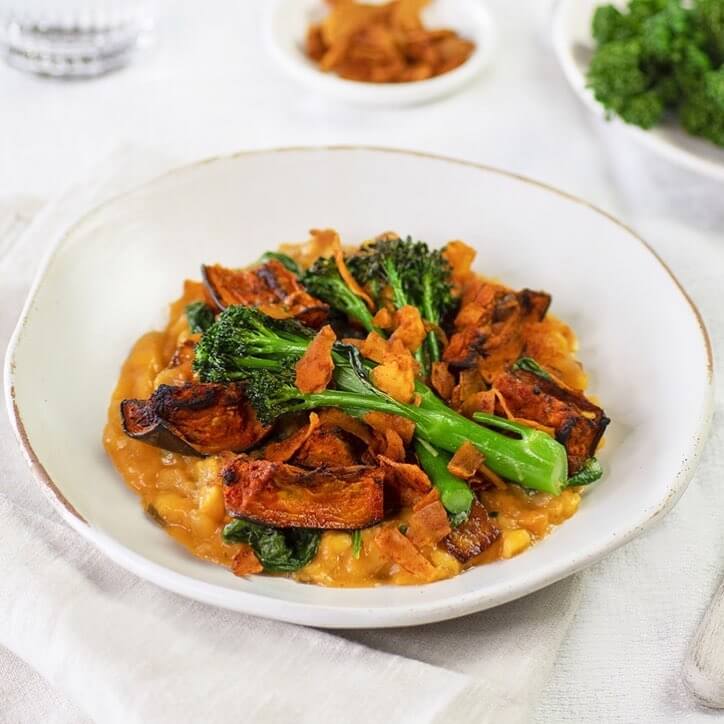 “If my health and happiness is maintained, I will carry on [the vegan diet] from [January],” he continued. “I feel well prepared. I have a cupboard stuffed with tins of various types of beans, and another brimming with fresh spices. The challenge is to make sure you get enough protein and nutrients, and some nice treats of course.”

To ensure he doesn’t miss out on anything, Montague again turned to The Ecologist readers for guidance; some told him to opt for vegan frozen meals from All Plants on busy days, and others recommended vegan restaurants like the chain by CHLOE. or the Hackney Downs vegan market.

Montague won’t be learning about and enjoying plant-based foods alone this month. According to a recent survey, this year, nearly 3 million Brits will attempt to ditch meat and dairy for Veganuary, a campaign encouraging people to go plant-based for the month of January, for their health, the environment, and the animals.

TV presenter and conservationist Chris Packham will also be taking part in Veganuary this year. He said at the end of last year, “I don’t see any difference between the way I should treat my dog – who I love and whose well-being I’m preoccupied with – and a pig, who is just as intelligent and important as Scratchy, but is kept in a concrete pen where it can’t turn around.”