Happy would be the first elephant to receive nonhuman personhood. She is also the first-ever elephant to officially show signs of self-awareness through the mirror self-recognition test.

In 2005, Happy showed self-awareness. She touched a mark that scientists drew on her head after seeing the reflection of it in a mirror. She understood that the elephant in the mirror was herself.

Yet despite her high levels of intelligence, the elephant has remained largely in isolation for more than a decade. In 2015, Happy’s story was covered by The New York Times, which dubbed the 44-year-old (at the time) elephant “The Bronx Zoo’s Loneliest Elephant.” The zoo has also been labeled one of America’s worst zoos for elephants by animal protection group In Defense of Animals. The group urged the zoo to send Happy to a sanctuary.

While the zoo promised to end its elephant program, redirecting its resources to benefit wild elephants, Happy remains isolated. 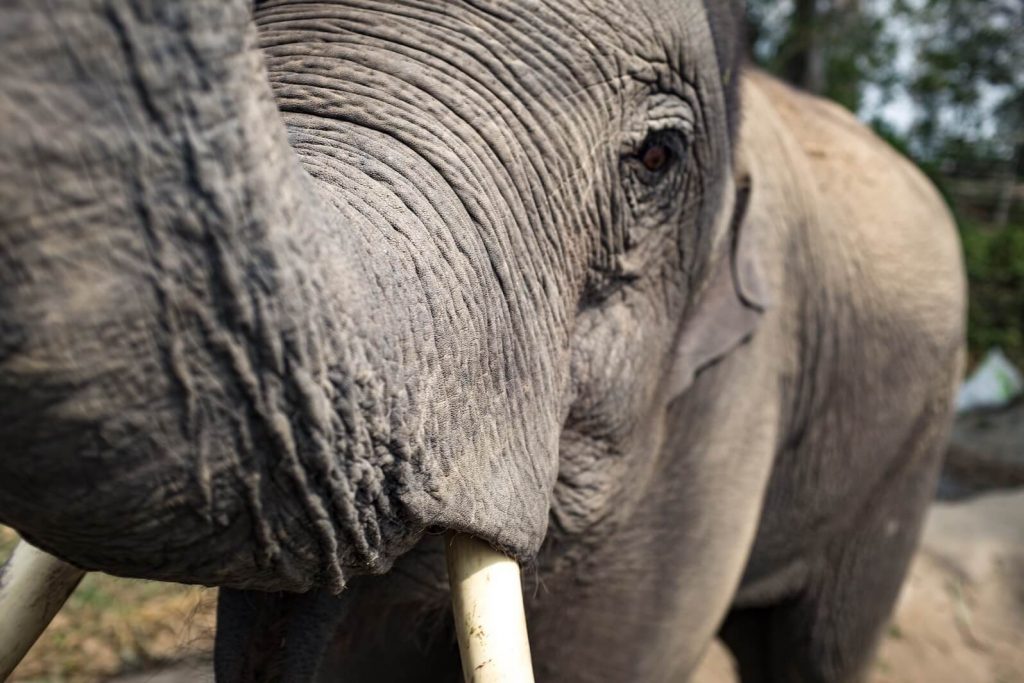 The Possibility of Freedom

This week, famed primatologist and environmentalist Dr. Jane Goodall, legal scholar Steven M. Wise and the Nonhuman Rights Project legal team secured a victory for the advanced elephant. Happy was granted a Writ of Habeus Corpus. It’s a right bestowed to (usually human) individuals in order to show that they have been wrongfully or illegally imprisoned. This means that Tracey A. Bannister, a justice of the Orleans Country Supreme Court, must rule on whether the elephant holds the status of legal personhood.

Two chimpanzees, Hercules and Leo, were previously afforded the right, though they were denied personhood following precedent from a higher court.

Now, according to Forbes, “The team is calling for a fundamental change in our laws–because laws that call elephants ‘things’ cannot be supported logically, legally, morally or scientifically.”

Wise is asking the courts to consider the evidence that elephants are “autonomous beings.” He says, “It’s wrong to treat them as if they’re basic, inanimate beings.” They are extraordinarily cognitively complex and they ought to have fundamental legal rights that protect these fundamental cognitive characteristics.”

The team is hoping that Bannister rules in favor of Happy’s personhood and enables the isolated elephant her to be removed from the Bronx Zoo to a sanctuary.

Wise is hopeful of this prospect. He says, “I think [Bannister] believes that there is some reasonable chance that after oral arguments she could decide that Happy the elephant is a person.”

While the ruling may not explicitly declare that Happy is a legal person, a decision to release the animal indirectly accepts that the elephant has a degree of personhood – and may revolutionize the way both humans and the law regard animals.

The next court date is set for January 2020.