The Canadian government has released a new draft of their healthy eating recommendations which not only favours a “high proportion of plant-based foods”, but has completely eliminated Dairy as an essential food group.

Perfectly summed up in an article by the Huffington Post, “The milk category is indeed gone in the draft recommendations, and the powerhouse legume has been elevated above animal foods.” – and so it should be!

This new dietary recommendation showcases the importance of whole foods, stating that a plant-based diet has the preferred source of protein by way of a “regular intake of vegetables, fruit, whole grains and protein-rich foods, especially plant-based sources of protein.”

Encouraging a shift away from animal products is a huge step forward for government funded recommendations, which often falsely tout animal products as the most healthful (or only) sources of protein. 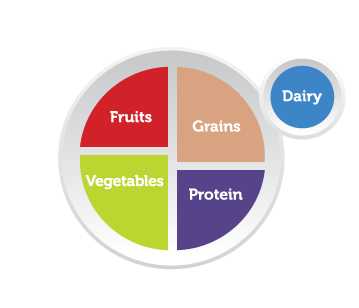 In the same vein, dairy products have been historically used in food pyramids as an essential source of calcium, however it is becoming more widely known that the benefits of plant-based milks are more than sufficiently nutritious and have less association with dietary diseases. Furthermore, with an astounding 75% of the global population being unable to digest cow’s milk, it’s a wonder why dairy has ever been recommended as a healthy option for human consumption.

With that being said, it seems that many people are becoming aware of the inconsistency between dietary guidelines and real-life health problems and have seemingly created a demand for more plant-based alternatives. This demand is evident by the recent valuations of the plant-milk and cheese industry, set to reach a combined $8.7 billion by 2023.

The Canadian Government even go as far as acknowledging that the current food system is undoubtably linked to the damaging affects on our environment by contributing to greenhouse gas emissions, soil degradation, lower water quality and availability, and species extinction.

What is also remarkable is that these guidelines were produced without any industry-backed reports, which is almost unheard of. Instead, the guidelines are based solely on evidence and Canadian eating-habits.

Dairy Farmers of Canada are now lobbying against this change in an attempt to retain its place at the expense of public health. The guide is still yet to be finalized, but you can show your support for this progressive decision by getting in touch with the Canadian government here.

So take this as a call to action and make your voices heard!