Popular U.S. talk show, The Ellen Show, hosted by Ellen DeGeneres, recently reposted a video uploaded by vegan Australian animal activist, James Aspey, to its 52.5 million followers on Instagram. The video clip was originally posted to the site by the animal-themed Instagram account Animal on Earth.

Aspey shared a screenshot of The Ellen Show’s repost and captioned: “Wussup @theellenshow! This is the closest I’ve been to getting on your show ? Let’s chill and talk about veganism and animal rights sometime! Thank you so much for all the good you do for this world! ✌?” 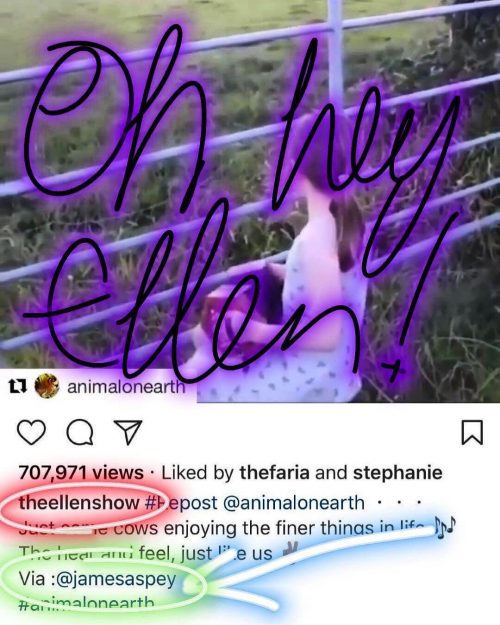 For Aspey to be noticed by the highly influential American celeb is no small feat, however, the two are united by a common goal – to save, and improve, the lives of animals. Late last year, DeGeneres said she was “determined to do something” to stop Donald Trump’s plan to lift the ban on imported hunting trophies and launched a wildly successful campaign to raise money for elephant conservation.

Furthermore, earlier this month, DeGeneres hosted Dwayne “The Rock” Johnson on The Ellen Show. During the episode, the pair discussed the importance of gorilla conservation and preserving endangered species for generations to come. The discussion arose as Johnson had adopted a gorilla from The Dian Fossey Gorilla Fund after gaining an appreciation for the species during the filming of his latest movie, “Rampage.” 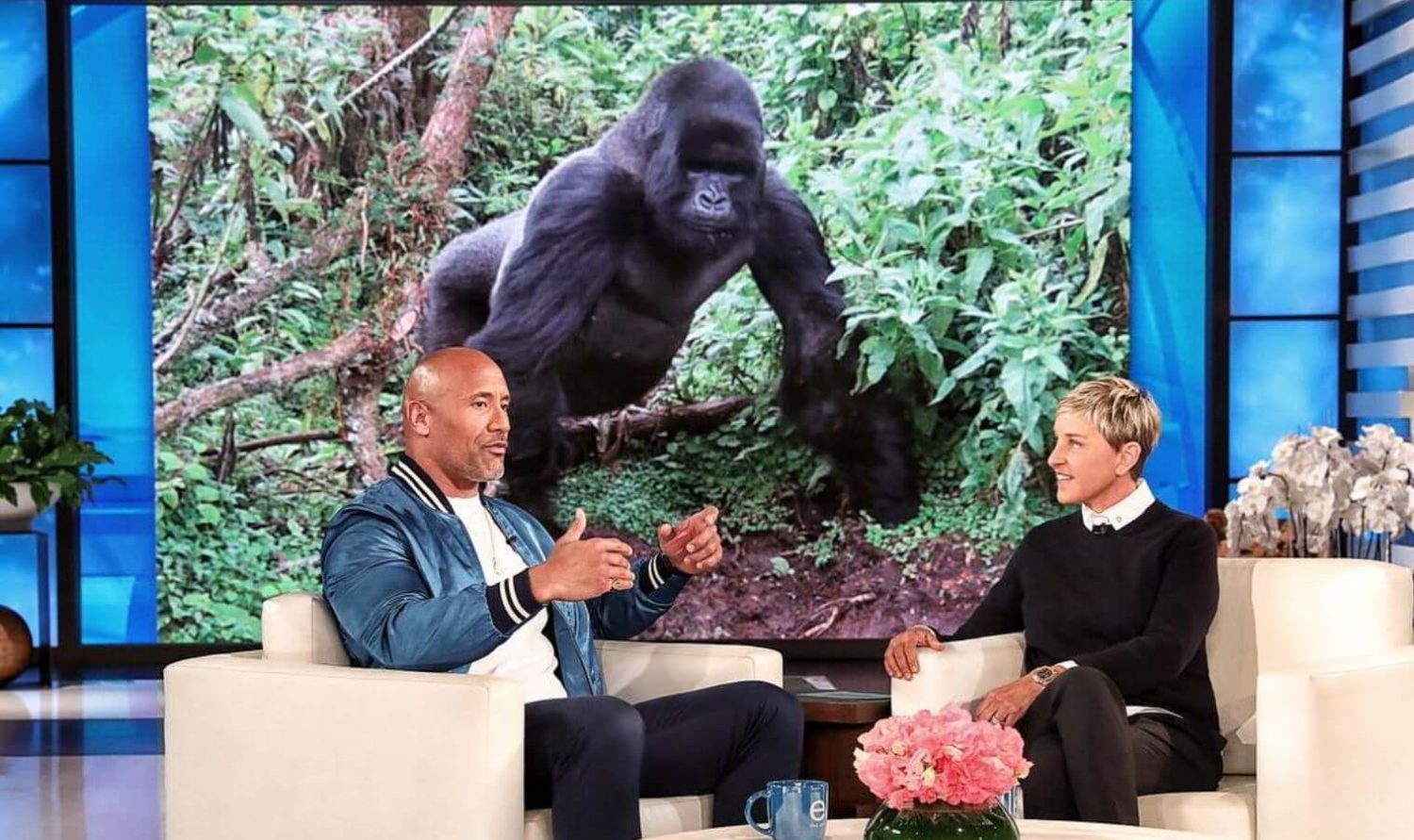 For her 60th birthday earlier this year, DeGeneres’ wife, Portia De Rossi, made a generous donation on Ellen’s behalf to fund a new sanctuary for the population of endangered mountain gorillas in Rwanda. Ellen is now the proud owner of her very own gorilla conservation center and wildlife fund.

James Aspey’s activism doesn’t go unnoticed by the animal rights and vegan community, he is committed to spreading awareness about the conditions animals endure in factory farms, the animal agriculture industry, laboratories, and many other animal welfare issues. Back in 2015, Aspey, who has an Instagram following of over 150,000, made headlines after he took a year-long vow of silence to raise awareness of exploited animals.

Image Credit: @iamvegan.life via James Aspey | The Truth Inside Of You | Dwayne Johnson