The new affordable, animal-free range consists of 44 items and adds to DeGeneres’ existing collection with the chain named “EV1.” It features everything from cozy pajamas to warm bomber jackets to ombre flannels.

Speaking to E!, DeGeneres revealed: “Everything comes in holiday colors and fabrics so you can stay warm and feel festive whether you’re at a party or shoveling snow or untangling the lights you swore you wouldn’t get tangled last year.”

According to the host, the velvet jacket with “Love” on the back is her number one pick of the festive collection. “It comes in black and burgundy and it goes with literally anything,” she raved. “You know I mean that because I said literally.”

Launched back in September, EV1 was inspired by DeGeneres’ eternal optimism and playful attitude towards life. “It’s cool, fun and accessible,” said Denise Incadela, Walmart’s head of fashion, in a statement earlier this year. 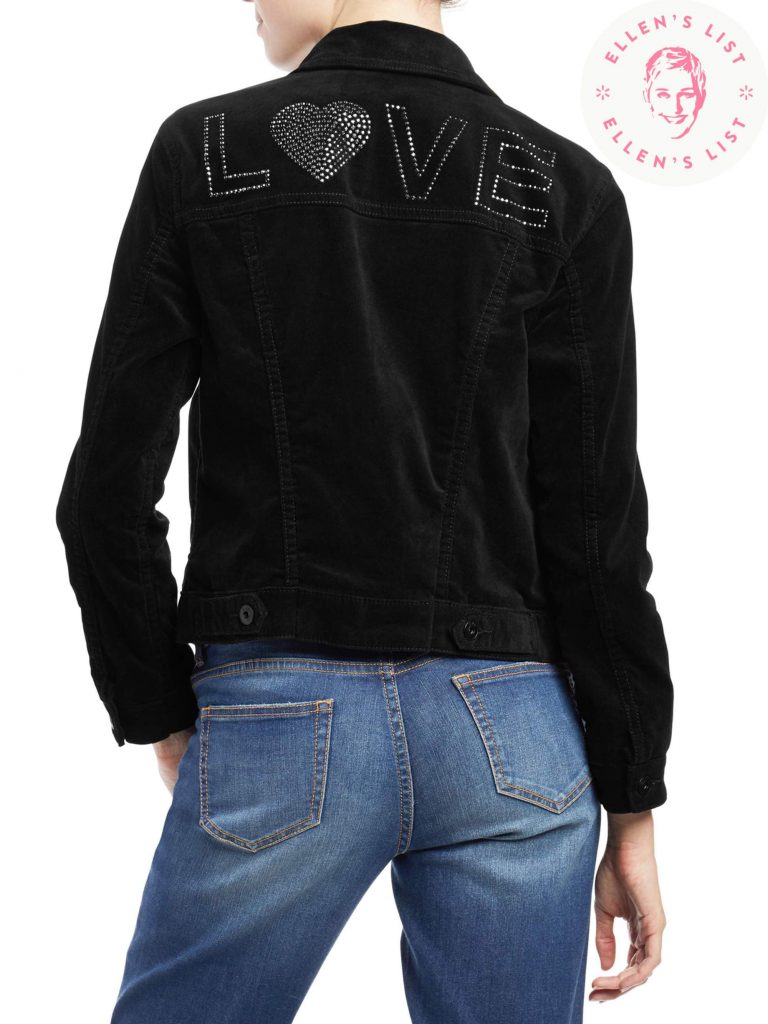 Ellen DeGeneres Is Making the World a Kinder Place

With her new collection, DeGeneres isn’t just making sure everyone can enjoy stylish, fun holiday gear (it’s all priced under $32), but she’s also thinking of the animals; not one of the materials used to make the new festive range is animal-derived.

As a passionate vegan, DeGeneres often uses her celebrity platform to speak out on the behalf of animals. Most recently, the talk show host joined the fight to end greyhound racing in Florida for good, signing a letter encouraging Floridians to vote against the sport. Her efforts paid off, as the state banned greyhound racing in November as a result of the midterm elections.

No stranger to politics, DeGeneres condemned President Trump’s plan to lift the ban on imported hunting goods last year. In response to the decision, the host launched her own campaign for the conservation of elephants – a target of the ivory trade.

She said at the time, “elephants show compassion, sympathy, social intelligence, self-awareness.. all the things I have yet to see in this president.”