In an interview with The Cut, hit singer and songwriter, Ellie Goulding revealed she is becoming a full-time vegan.

“I’m trying to be a full vegan, I’ve been a vegetarian for six years. I was a vegetarian all the way through my teens as well. I’ll definitely never eat fish or meat again,” said the star.

British indie-pop singer Goulding also mentioned her love for running, a hobby she fuels without meat. “I feel very lucky to have this natural motivation where I get up in the morning and I know I’ll feel so much better if I do a workout than compared to if I don’t,” says Goulding who loves long runs. 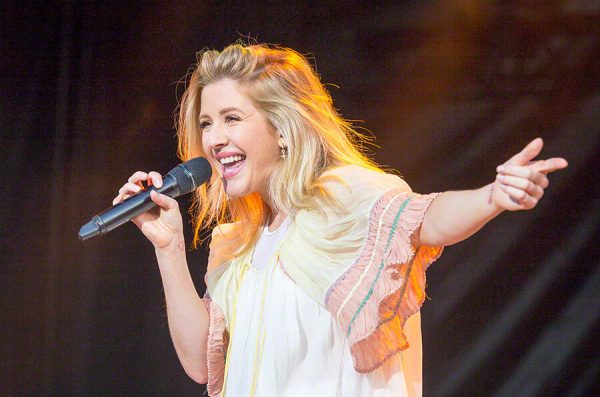 Goulding said she isn’t a massive fan of breakfast, but her go-to is some refreshing fruit or a healthy smoothie, getting those daily greens in one delicious go –  “I’ll shove a bunch of things in a NutriBullet — kale, cucumber, water. I try and have a smoothie every day, it’s really filling with protein powder. I love using Vega, because it is vegan and tastes fantastic, and maca powder. Spirulina doesn’t taste great but can easily be masked by a banana and some almond butter.”

Being a long-time vegetarian has made Ellie think about animal-free proteins, which she has realized are better for her than meat anyway. “In being vegetarian, I realized I could be an athlete and not need meat for the protein. There’s actually more protein in greens than meat. Once I fully understood where meat came from … I found that concept quite hard to live with.”

Goulding adds “[i]f you don’t need meat to survive, I don’t see why you have to have it. Also it makes you feel tired, it makes you feel lethargic, and your body finds it hard to process so much meat all the time.“ Ellie even said her “huge carnivore” boyfriend admits that eating meat-free makes you feel better, and the couple enjoys chowing down an Impossible Burger.

With an enviable figure, the singer said she’s “obsessed” with detox and green teas and admits to having a weakness for dairy butter. Thankfully for Ellie there are tons of different alternatives, like Faba Butter which will make the transition to vegan easier.