Goulding donned a dress by designer Stella McCartney for the special event. The one-shoulder, fitted cocktail dress featured 80s-style ruffles and was made with viscose and polyester; both vegan fabrics.

Little me at the V&A last night for the #fashionedfromnature exhibition. Sustainable fashion is the future. #EcoAge @stellamccartney

In the past, Goulding has shown an appreciation for McCartney’s cruelty-free designs and environmental consciousness. At the ELLE Style Awards in 2016, Goulding presented McCartney with an award and told the magazine later that evening, “The industry needs to be aware that resources are limited and that things shouldn’t be made at the expense of animals. That’s why I love Stella, because she’s forward thinking.”

“An ethical approach is something that needs to prevail in fashion. What could be better than a brand for women that’s sexy, cool and sophisticated, but at the same time is against cruelty to animals?” added Goulding. 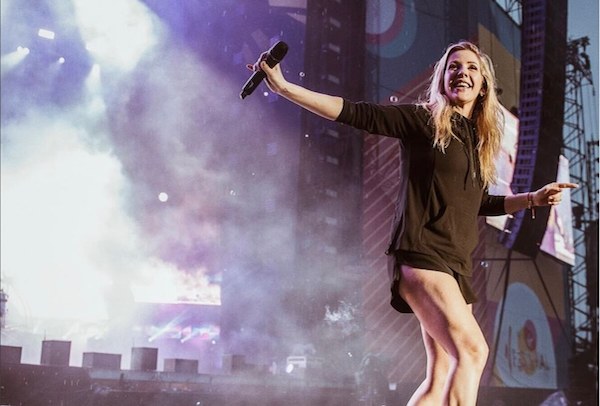 The pop singer isn’t alone in her pursuit of a sustainable future. In fact, the V&A’s Fashioned From Nature exhibit is centered on promoting ethical, sustainable, and vegan materials. The major exhibit showcases 300 items, including a McCartney feature, and explores the trajectory of the fashion industry from its exploitive roots to an ethical future.

Recently, Goulding has been making waves in the media and plant-based world after the performer publicly celebrated her vegetarianism. In an op-ed for media publication The Guardian, Goulding said ditching meat was a move that “changed [her] life,” before teasing that her lifestyle rubs off on those in her social circles. Goulding said, “It’s dangerous to become friends with me because you will probably become vegetarian!”