Elmhurst 1925, the New-York-based dairy-turned-plant-milk-producer, says it has expanded distribution of its vegan milk into several key markets in the tri-state area including 39 Whole Foods Market, Wegmans, and Walmart locations. Several key independent grocers are also now stocking the popular beverages including Westerly Natural Market, the Park Slope Coop, Lifethyme Market, Perelandra Natural Food Center, Bushwick Coop, and A Matter of Health, among others.

Elmhurst has been making quite the splash in the booming $16 billion nondairy milk sector in the past year. After decades as one of the region’s top dairy producers, Elmhurst realized that its future required a pivot away from cows and toward the more on-trend plant-based category. Using an innovative “cold-milking” process, the company worked with Dr. Cheryl Mitchell to develop its shelf-stable line of “milked nuts.”

“We had to make a quantum leap in technology,” Mitchell told NPR earlier this year. “Typically, when you make these kinds of milks, you grind everything up and then filter out the liquid. You can get a nice milk with great flavor, but the protein is lost. My goal was to keep that taste, but with all the protein.” 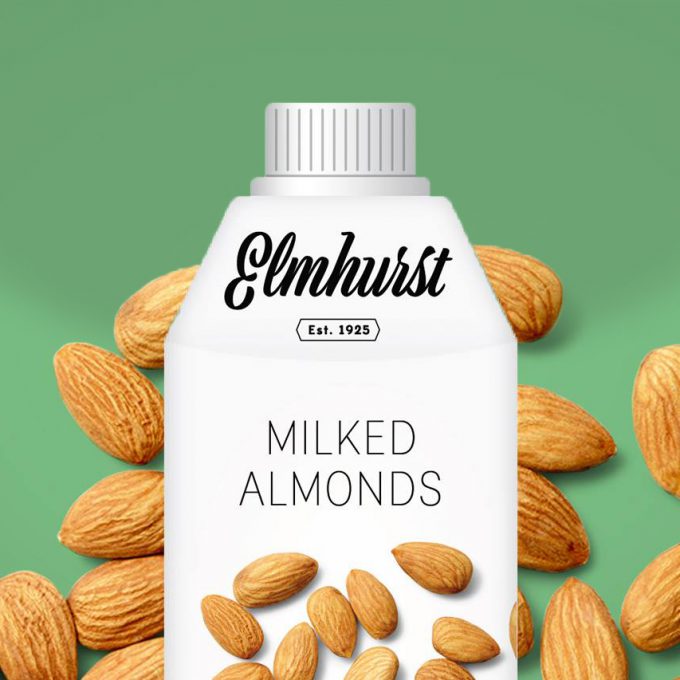 The company avoids industrialized stabilizers, emulsifiers, and gums through the use of its proprietary “milking” process for nuts and oats.

Elmhurst was founded in 1925 by Henry Schwartz’s grandfather. Schwartz, now 83, switched to a plant-based diet in recent years, which led him to decide to turn the company away from its dairy-based roots. And the company’s transition story became as infectious as its flavorful milks.

“We are at the helm of a radical shift in food technology,” Schwartz told NPR in January. “We are able to look at plant-based food sources in a new way as we maximize the nutrition that exists in these sources and eliminate food waste as we utilize every piece of the nut or grain.”

Elmhurst made headlines recently with the first commercial launch of Milked Peanuts, a nondairy peanut milk that has received praise from customers for its smooth and creamy taste, which further added to its cache as a leading force in the nondairy sector, driving both interest and innovation.

“It was time to reevaluate the past,” Schwartz said, “and start creating the food traditions that would carry us into the future.”