The Tesla obsession is real, and the company’s latest announcement has given the world even more reason to covet these cool electric cars. During the company’s annual shareholder meeting, CEO Elon Musk revealed that the team is actively working on veganizing its interiors, and assured the attendees that the upcoming Model Y will be leather (and perhaps steering wheel) free.

The discussion around the Tesla interior fabrics was sparked by Dr. Katherine van Ekert, a representative for PETA. According to TheStreet, Dr. Ekert asked Musk if Tesla was still using leather in its production. She followed with, “We’re really pleased to see that you have introduced non-leather seating options,” but also added that the non-profit would like to see the company make a completely vegan model, removing leather from the steering wheel. Musk confirmed that the company continues to use leather in its Model 3, S, and X for the steering wheel trims, though he attempted to appease the audience by explaining that Tesla is working on finding a “suitable” cruelty-free alternative. 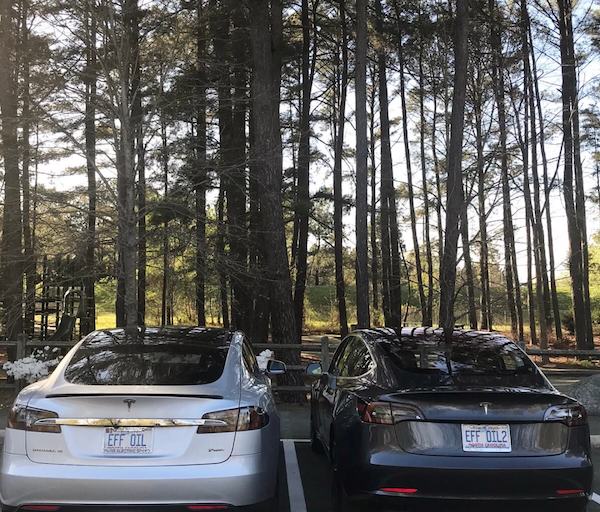 The delay in transitioning to a completely vegan car stems from Musk’s determination to provide an exceptional product. He claimed that he will not introduce a vegan textile unless he can prove that it is as good as the company’s current materials. However, he did note that “off-menu” options are available for those who wish to customize a “fully vegan car.” Leilani Munter, a professional vegan race car driver and environmental activist, is one of Musk’s clients who have purchased this custom-made vegan-friendly vehicle.

Dr. Ekert continued to probe Musk, explaining that other luxury car companies, such as Ferrari, have already implemented synthetic materials in a few of its models. BMW, Mercedes Benz, and Lexus also offer faux leather and other vegan fabrics. She praised Tesla’s move to provide cruelty-free seating options, but she remained adamant about the leather in the steering wheel trim.

In response, Musk threw out a teaser, leaving the audience on the edge of their seats. “Model Y, for example, will not have any leather in it, including in the steering wheel — even if it does have a steering wheel?”

It looks like the future is vegan…and completely hands-free.