US rapper and Coachella headliner, Eminem, served up a vegan treat to fans prior to his Sunday night set at the festival: “Mom’s Spaghetti” with “Rabbit” meatballs.

Eminem’s pop-up, named after the famous line in his 2002 hit “Lose Yourself”, first launched at the end of 2017. When the stall appeared at Coachella last weekend, fans knew instantly it must be associated with the artist.

“I just assumed it was related to him because we’d never heard ‘Mom’s spaghetti’ anywhere else,” one festival-goer, GiGi Garcia, told the LA Times. “I want to know if it’s just this year because he’s playing, or if they will be here next year too. I bet the spaghetti is good.”

“It’s a brilliant name for a spaghetti restaurant,” another guest, Megan Black, from Toronto, informed the publication. “We were drawn to it because of the name.” 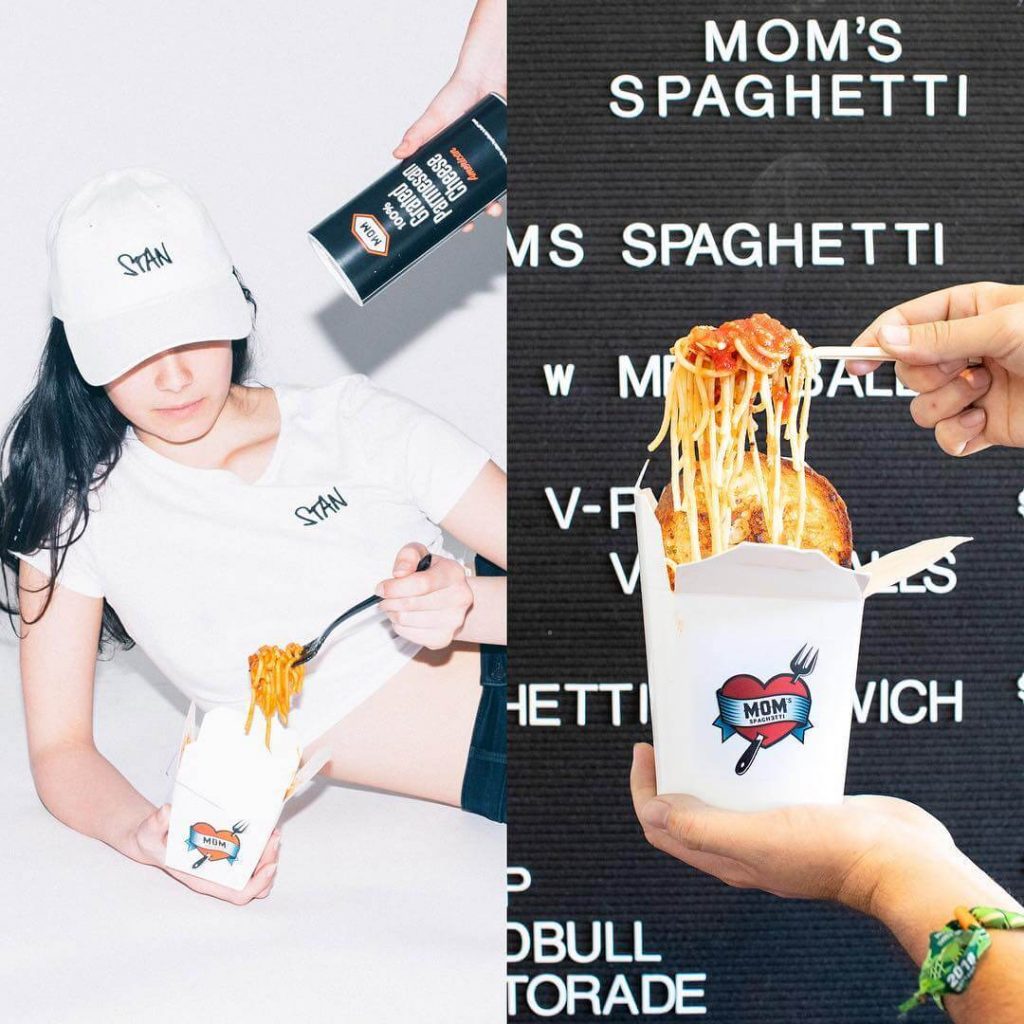 “COACHELLA STANS – CATCH US ACROSS FROM THE DO LAB STAGE #MOMSPAGHETTI + STAN MERCH,” Eminem wrote.

Vegan options at Mom’s Spaghetti were not the only choice for meat-free guests on Sunday. The Herbivorous Butcher, Moby’s Little Pine Restaurant, and Ramen Hood are just some of the vegan vendors currently in attendance at the festival in Palm Springs, which closes this coming weekend.

Eminem is not the only artist who has been promoting vegan eats either – in March, fellow headliner Beyonce announced she was going to eat plant-based in order to prepare for her performance at the festival.

“44 days until Coachella!! Vegan Time!! Click on the link in my bio to join me!” the star posted on her Instagram account to an audience of 112 million followers.