Overfishing is expected to decimate global fish populations by 2050, scientists warn. And according to a study published in June in the journal Science, the fishing industry is also a major human rights violator. The researchers noted the industry is only profitable “with government subsidies or if they use forced labor—slavery.”

The Associated Press won a Pulitzer Prize on its groundbreaking 2017 report on slavery in the fishing industry. According to the study, which was conducted by researchers at the University of British Columbia, current fisheries regulations allow human trafficking to run rampant in the industry.

Jessica Sparks, a former clinical social worker for the suspected victims of child and teenager trafficking who earned her PhD in conservation medicine this summer, told Phys that often times, a “middleman” approaches men from poor villages in Myanmar and Thailand with an offer for a well-paying fishing job. Once the men board fishing vessels, they are often forced to work to pay off debt for food and lodging in a practice known as “debt bondage.”

“There are stories of fisherman being out at sea for five to ten years, without ever setting foot on land, getting transferred from one vessel to another at sea,” Sparks said. “There’s a lot of physical violence, sexual violence, mental violence—people getting thrown overboard to fish for sharks.” 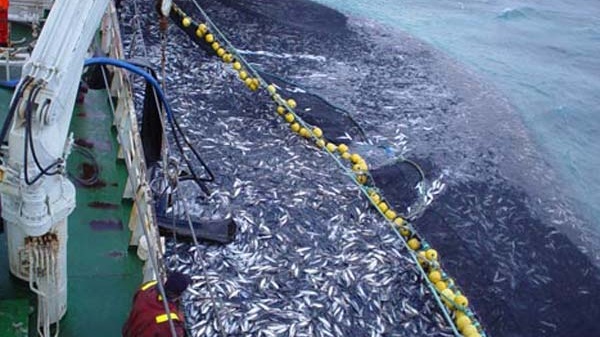 As areas of the ocean are depleted of life, the issue of modern day slavery will grow worse, Sparks says, as vessels venture further out to sea in search of catches. Costs will go up for fuel, rations, and in some cases, equipment, but due to debt bondage, labor costs will remain the same. While fisheries officers are permitted to board ships to check for the legality of the operation, it is not within their expertise to speak to the crew about labor practices.

While Sparks says that the label “previously frozen” can be an indicator that seafood wasn’t caught with forced labor, the WWF says that it is impossible to determine the origin. According to the study, the introduction of stronger fisheries management, which includes a large catch reduction, could help end slavery in the fishing industry.

While many have long believed that fish do not experience pain, experts now agree that this is not the case, as found by a growing body of scientific research. Overfishing has pushed global fish stocks to unstable levels. The UN Food and Agriculture Organization (FAO) estimates that 80 percent of global fish stocks are “fully- to over-exploited, depleted, or in a state of collapse.”

Other scientists say that it may actually be far worse. According to a study published in the Nature Communications Journal, global catches are actually an average of 30  to 50 percent higher than what the FAO says. Additionally, the organization’s estimates may not even include numbers from the illegal fishing industry, which experts say may total between 11 million and 28 million tonnes – equal to 14 or 33 percent of the total legal catch – annually, according to the World Ocean Review. Illegal fishing’s true numbers are difficult to determine, as is the exact legality of the fish sold at the grocery store, according to the World Wildlife Fund (WWF).