Delph suffered from injuries in the past but has successfully managed to revive himself, and his career, by switching to a plant-based diet, and practicing the Chinese martial art, Tai Chi. As reported by the Mirror, Delph opens up about his struggles with injury, and finding solace in a vegan diet, in the book “Soccology: Inside The Hearts And Minds Of The Professionals On The Pitch.”

“I’ve had a lot of injuries and a lot of setbacks, starting with a ruptured anterior cruciate ligament, lateral meniscus tear and medial ligament damage,” the footballer notes. “At that point, I heard people saying my career was over or my performances would not be as good.” 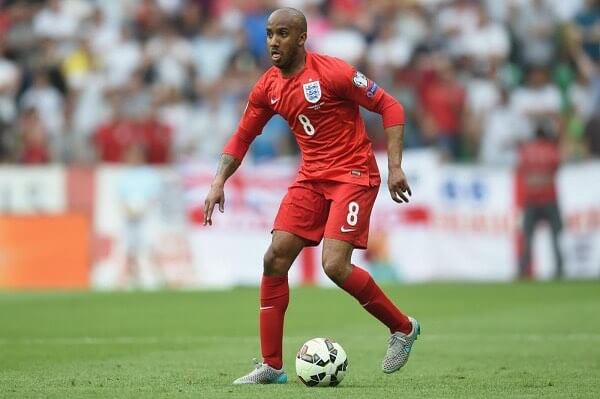 To overcome the self-doubt, and negative mental state the injuries had left him in, Delph began researching how to become mindful, and how to give his body the energy it needs.

“[I] began to look at my body objectively,” he explains. “As if it were detached from me. I studied its weak parts, researched my injuries, began to strengthen my body and moved from rehab into pre-hab. I carried out mindfulness exercises like the moving meditation of Tai Chi. I changed the fuel I put into my body and switched to a vegan diet.”

“I feel that my new lifestyle is key to my state and my overall outlook on life,” the former Aston Villa player adds. “Strengthening how I view things on the whole.”

Delph is not the only footballer to credit a vegan diet with improving his health and wellbeing. Héctor Bellerín, who plays for both Arsenal and the Spanish national team, recently claimed that his new plant-based lifestyle has improved his sleep, as well as his overall health. “[People think] ‘you need milk, eggs, meat.’ But actually, you are able to get the same amount of protein, carbohydrates, and vitamins from plants,” the sporting star told Mr Porter. He added, “I used to be that guy who snoozed the alarm 20 times. Then all of a sudden I was waking up with the sun at 7.00am.”