Uganda is educating its school children on the importance of conservation and protecting the nation’s endangered animals.

As part of an attempt by the Government to provide public guidance on wildlife protection, alongside normal curriculum subjects like maths and English, Uganda’s school children also learn about conservation education.

Students are taught about the country’s threatened species in the classroom – through educational books and board games – and through trips to wildlife education centers. The Uganda Wildlife Conservation Education Center in Entebbe – 26 miles of the country’s capital Kampala – receives around 260,000 visitors a year, many of which are school children.

Uganda is in the top 10 most biodiverse countries in the world, home to a number of endangered and protected species, including 400 mountain gorillas out of a population of 1,000. Around 1,020 bird species can also be found in the country – which is more than half of Africa’s total bird species – as well as almost 5,000 chimpanzees. 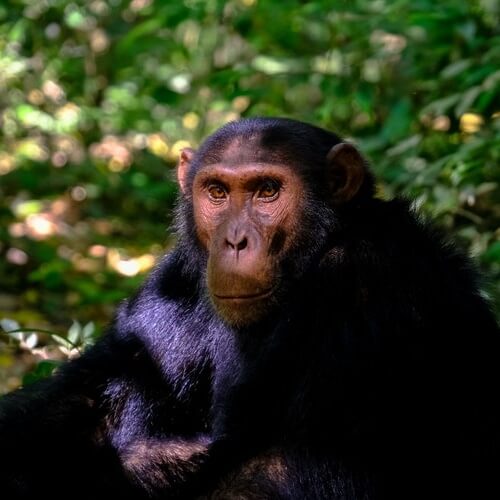 But thanks to man-made issues such as deforestation, industrial agriculture, hunting, and population growth, these animals are under threat. Through the education of its school children, the Government wants to help shape a future for Uganda where wildlife is protected against these issues.

At the conservation center in Entebbe, guides teach visitors of all ages about wildlife, but the tours are specifically designed to be interesting to school children. In both their local language and in English, guides teach younger generations about animal habitats and their conservation status, as well as their cultural value. They also help visitors to identify what can be done to help ensure the future of each species.

For one seventh-grade student at least, the trips to the center are working. Moses Okello explained to conservation news non-profit Mongabay that he had visited the center in Entebbe several times and learned about chimpanzees, who share 99 percent of their DNA with humans. It was this fact that inspired him to shoot for a career in wildlife conservation.

“This makes them our closest living relatives. This makes me see them as people, and I plan to study environmental science so that I can protect them in [the] future,” he said.

For those who are unable to travel the center – for example, children who live in less privileged areas or attend less privileged schools – talks and exhibitions are arranged, as well as camps, overnight stays to the center, and educational trips. According to Sunday Ojok, a tour guide at the center, it’s vital that everyone in the country gets behind wildlife conservation.

He told Mongabay, “The major problem we have now is habitat destruction. We are engaging frontier communities and everyone in the country to ensure that they see conservation as something [that’s] part of them.”