Beloved spokesswine for the animal rescue movement, Esther the Wonder Pig, invites animal lovers to take a vacation – and support rescued farm animals in the process. The second annual vegan-friendly Esther Cruise will set sail on February 24, 2018, aboard Carnival Cruise Lines, and all proceeds will directly benefit the sanctuary’s animal residents.

The inaugural Esther Cruise was held in March 2017, as a unique and entertaining fundraiser for the Happily Ever Esther Farm Sanctuary. The event gained enough attention and praise to prompt the organizers to repeat this annual fundraising opportunity. In exchange for their donations, the cruise promises attendees a customizable ‘Esther Approved” menu, guest speakers, film screening, beach party, pub crawl, giveaways, and more, all while visiting popular vacation destinations in the Carribean. In addition to their Bermuda shorts and bikinis, guests are encouraged to pack their pink tutus and eighties attire for multiple nights of themed mixers. Further, cruise-goers will have the opportunity to volunteer for a day at the Cozumel Humane Society. 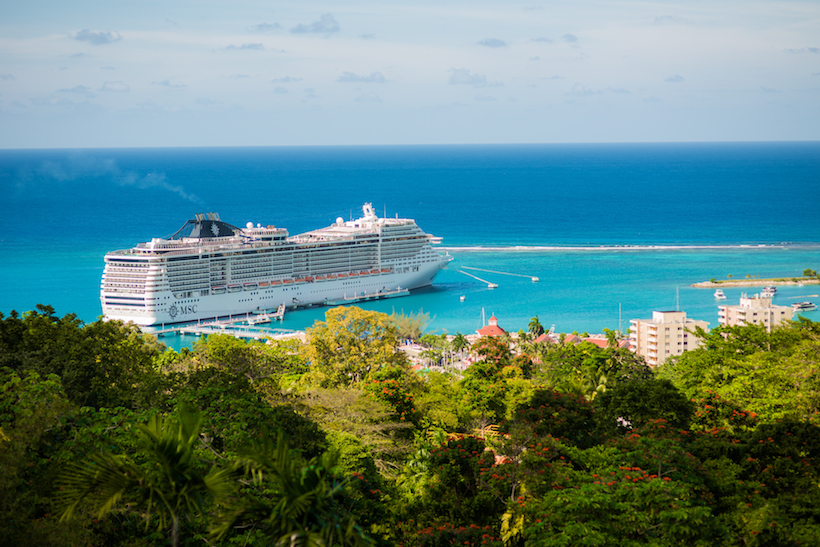 Esther the Wonder Pig is a social media icon. This six-hundred-fifty-pound pig boasts just over 1.5 million social media followers, thanks to her “Dads,” Steve Jenkins and Derek Walter. The pair thought they had adopted a micro-pig, but as Esther blossomed into a full-sized commercial hog, they realized they had been misinformed about her breed. In December 2013, the  Esther the Wonder Pig Facebook page was born, and her popularity exploded. Esther now has her own Instagram, Twitter, YouTube, website, several best-selling books, and farm animal sanctuary.

The Happily Ever Esther Farm Animal Sanctuary began in 2014, thanks to the backing of thousands of Esther followers. The sanctuary provides a forever home for neglected and abused farm animals, and it serves as an educational tool to spread “The Esther Effect,” which the organization says is to offer “love and compassion toward all.” This Ontario-based non-profit houses dozens of animals, including cows, chickens, goats, rabbits, sheep, and of course, ten pigs.

Proceeds from the 2018 Esther Cruise will not only help defer the cost of supporting these animals, but they will also contribute to the public education the sanctuary provides. The sanctuary’s regular farm tours and volunteer days help participants to connect with farm animals and learn how they can lead more compassionate lives.