Cafe No Fur, a new vegan eatery in Las Vegas, just opened its doors. It is one of the four vegan restaurants that have opened (or will shortly open) in Vegas within a five-month span.

Cafe No Fur offers tourists and locals a cool respite with its plant-based offerings. The menu includes boba beverages and vegan ice cream, along with a selection of tantalizing sweets such as brightly-colored macarons, flaky croissants, and fudgy brownies. Those with a heartier appetite can also enjoy a full savory menu which includes Beyond Burgers, Smart Dogs, Monster Nachos, all-day breakfast burritos, and more.

The theme of the cafe, “no fur,” is not only reflected in its menu options but in its waitstaff as well. The serves are “scantily clad,” according to Vegans, Baby, a vegan resource and food tour guide to the city of Las Vegas. The owner of the cafe, Kevin Chan, told the company, “Our servers serve showing their skin and supporting the ‘no fur’ movement. We are beautiful in our own skin and we hope that vegans and non-vegans alike can draw that connection.” The restaurant does say it is “PG-13” and may not be appropriate for families with young children. 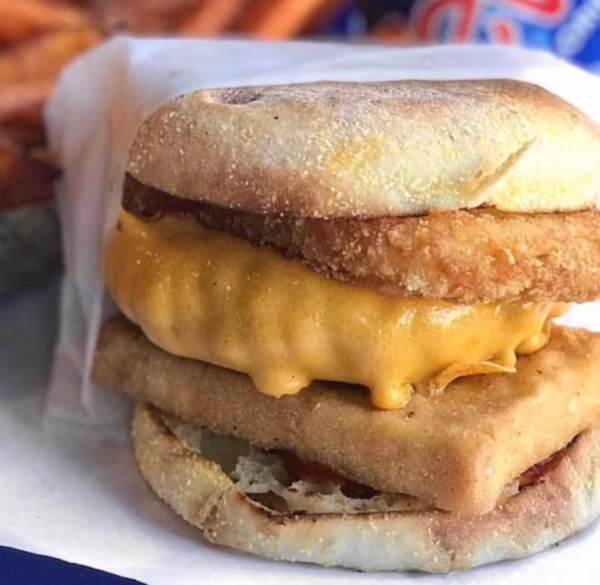 Las Vegas has experienced an influx of vegan cuisine in the first half of 2018. In May, Amber’s Smoked Vegan opened as the first vegan soul food restaurant in the city. Also in May, popular local chef Kenny Chye opened Chef Kenny’s Asian Vegan Restaurant. Finally, Blinders Burgers & Brunch is set to launch within the next few weeks. Las Vegas is becoming a budding vegan hot spot, and locals and out-of-towners alike can now experience the vibrant and delicious vegan scene with a three-hour walking food tour, hosted by Vegans, Baby.

Up to this point, most of the vegan establishments in Sin City are all locally-owned. This is a triumph for vegan entrepreneurs, but with veganism (or at the very least an interest in trying vegan food) on the rise in Las Vegas, plant-based chains may look to the city for future expansions. Vegan fast-casual chains such as Veggie Grill and By Chloe are actively working on expanding their locations nationwide. These chains have the potential to attract attention to their brands from the millions of tourists who visit Las Vegas each year.