In a bid to protect the environment and marine life, the EU has agreed to ban “throwaway” plastics such as styrofoam and single-use straws.

CNBC reports that EU officials agreed to the measure on Wednesday. Negotiators from the European Parliament and for the 28 countries involves agreed that 10 single-use plastic products with sustainable alternatives will be off-limits. In addition to styrofoam and single-use straws, this includes cotton swabs, plates and cutlery, plastic drink stirrers, and sticks for balloons.

Manufacturers for other plastic products such as water bottles and cups, will see new regulations. All plastic water bottles, for example, will need to contain 30 percent recycled content by 2030. Companies that make tobacco filters with plastic will need to cover the cost of cigarette stub collection. 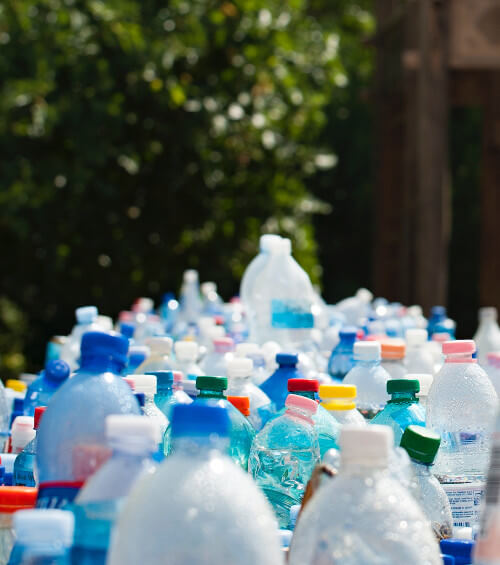 “We have all heard the warning by the World Economic Forum and others that, measured by weight, there will be more plastic than fish in the world’s oceans by 2050 if we continue dumping plastic in the sea at the present rate,” said Elisabeth Koestinger, Austria’s sustainability minister.

Belgian liberal Frederique Ries was responsible for the bill’s proposal, which was put forward by the European Commission last May. “We have adopted the most ambitious legislation against single-use plastics,” he said in a statement, as reported in the Independent.

Under the new rules, European states are also expected to recycle 90 percent of their plastic bottles by 2025, and fishing gear producers will have to ensure at least 50 percent of gear is collected each year. Abandoned fishing nets and other “ghost” gear make up nearly half of overall plastic pollution, causing extensive damage to marine habitats.

“It is essential in order to protect the marine environment and reduce the costs of environmental damage attributed to plastic pollution in Europe, estimated at €22bn by 2030,” said Ries in May.

Around the world, major companies are taking note of the plastic crisis and implementing policies to protect the future of our oceans. In September, food and drink giants Danone and Nestlé, together with eight other bottled drinks companies, vowed to ditch single-use plastics and move to a more sustainable, zero-waste form of packaging by 2030. Ikea, KFC, Starbucks, Adidas, and many more major retailers and brands have also pledged to either eliminate or significantly reduce their use of single-use plastic.

“Plastic can be fantastic,” said Jykri Katainen, the Vice President of the European Commission, in May. “But we need to use it more responsibly. Single-use plastics are not a smart economic or environmental choice.”