A new report released by the European Academies Science Advisory Council (EASAC) says that meat and dairy consumption must be reduced in order to create a more sustainable food system.

The report, titled “Opportunities and Challenges for Research on Food and Nutrition Security and Agriculture in Europe,” analyzes the various ways in which current food systems and dietary standards could be improved for the betterment of the environment, human health, and problems of food security for the growing world population. “The role of livestock sector in [greenhouse gas] mitigation is a major issue,” the report says, also noting that animal agriculture is the leading cause of deforestation worldwide, uses a high percentage of the world’s freshwater supply, and occupies a high portion of global arable land.

“A food systems approach is critical to tackling some of the most pressing issues of our day, such as climate change, sustainable land and water use, food waste, and of course human health,” Professor Joachin von Braun, co-chair of the project, said in a press release. “This calls for science initiatives that cut across disciplines, tailored to the complexity of food systems by both, EU and Member States.”

The EASAC highlights the role of factory farming in climate change and acknowledges measures that could be taken within the system, such as producing less meat, swapping ruminant feed with feed containing additives to reduce methane production during digestion, and better manure management practices. It also states that “in the view of the EASAC Working Group, there is also great need to … tackle overconsumption and to change dietary habits in a way that will reduce GHG emissions.” 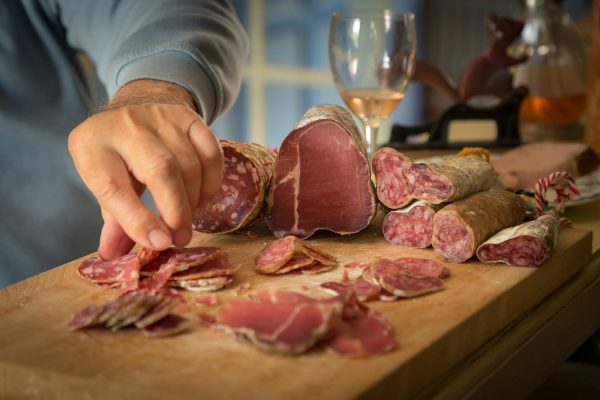 “In Europe, there are increasing possibilities to use alternative meat sources,” the report states. “…for example, insects, and substitute sources such as cell-cultured meat and alternative proteins.”

“Climate-smart agriculture cannot by itself meet the GHG emission goals although GHG emissions from global agriculture can be mitigated to a limited extent by land sparing,” said Dr. Robin Fears EASAC, Programme Director for Biosciences.”To really make an impact on health and climate change, we need to see changes in consumption patterns.”

Change is already beginning to show as people become aware of the connection between animal agriculture and climate change. Recent data shows that not only are more people making a conscious effort to cut back on animal products, many prefer the taste of plant-based meat to animal-based meat.

Not only would reducing meat consumption benefit the environment, it would also benefit human health. “One estimate,” the report states, “suggested that adoption of World Health Organization guidance on healthy diets could reduce global mortality by up to 10 percent and food-related GHG emissions by up to 70 percent by 2050.”

This June, Food 2030, a conference that focuses on research policy agenda for sustainable food systems, will be held in Belgium. The EASAC hopes that the findings detailed in the report will be leveraged to create new policies in the European food system.