Famous pizzeria Paulie Gee’s, known for its wood-fired Neapolitan-style pizza and strict no takeout policy, is set to open a slice shop just blocks away from its flagship location in the Brooklyn neighborhood of Greenpoint. A peek at the official Paulie Gee’s Slice Shop Instagram reveals that the new joint will feature a New York City vegan pizza menu alongside traditional slices.

While not a vegan establishment, Paulie Gee’s is popular among both vegans and omnivores alike, featuring an extensive, creative Brooklyn vegan pizza menu. News of the slice shop first broke in 2016, however, progress was delayed due to locals who petitioned against it, citing noise generated by patrons as an issue. Now, it seems that Paulie Gee’s Slice Shop is slated to open sometime this spring. 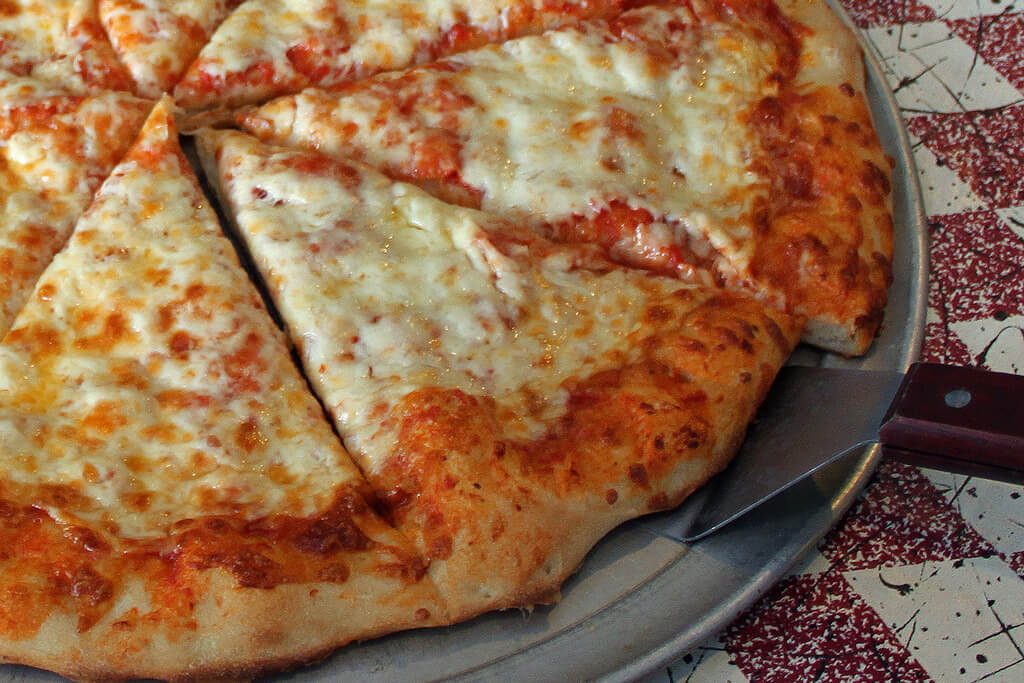 Deviating from the Neapolitan-style pies served at Paulie Gee’s locations across the United States, founder Paulie Giannone promises“the spirit of an old ’60s New York slice joint” with pizza-by-the-slice, Sicilian pizzas, Italian ices, and vintage orange booths from a pizzeria in New Jersey. Customers will have the option of ordering full pies to-go.

Unlike other pizzaiolos, Giannone entered the pizza-making business after a 30-year career in IT. According to Pizza Today, he opened the first Paulie Gee’s in 2010 after perfecting recipes in his homemade pizza oven out of his New Jersey home. His menu features a wide range of Neapolitan pizzas with creative toppings, with a vegan Paulie Gee’s pizza counterpart featuring NUMU Vegan Cheese available for nearly every item. The restaurant does not offer delivery and in 2016, Giannone discontinued takeout at the flagship Greenpoint location, stating that “the nature of the quick, high-heat baked Neapolitan style pizza, placing it in a pizza box steams it and changes the character of the crust considerable and not for the better.”

When Paulie Gee’s Slice Shop was first announced, the inclusion of vegan pizza options was still up in the air. But due to the demand for vegan cheese, customers seeking a vegan slice to go will have plenty of options.

The shop will join the lineup of other NYC vegan pizza options, like NY Pizza Suprema, Two Boots Pizza, Vinnie’s Pizzeria, and the vegan pizzeria Screamers.