According to the restaurant, the new vegan burger is called the “Preposterous Burger” and is made from wheat, oat, and soy, which were carefully selected due to their ability to absorb and release fat and moisture in a manner similar to a traditional burger. The new plant-based patty also includes dehydrated beet extract to procure its “bleeding” meaty red hue. The restaurant chain spent a year developing the recipe for the new burger, resulting in a vegan meat that looks, tastes, and sears like ground beef.

“We wanted to create something that has the same look, feel, and sizzle as meat without any compromise in flavor,” Globally Local CEO James McInnes told NowThis.

In addition to serving the Preposterous Burger in Globally Local locations, McInnes hopes to distribute the burger to restaurants across North America. In order to meet the potential demand, the company opened a new facility capable of producing up to 250,000 vegan burgers a month. 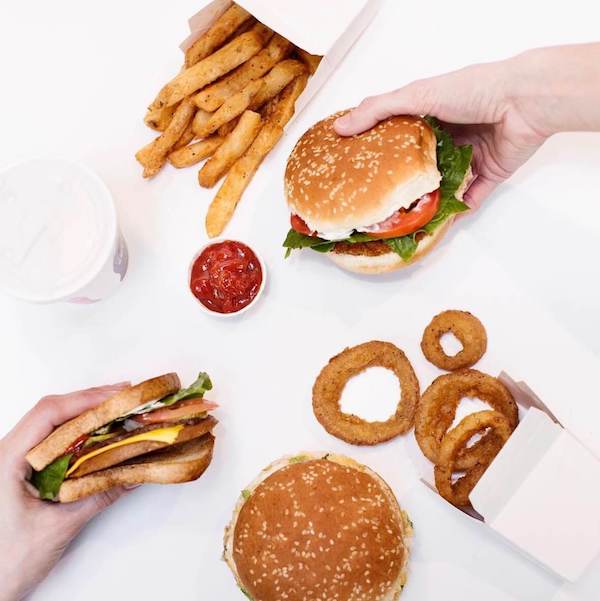 The Preposterous Burger joins other realistic vegan burgers such as the Beyond Burger and the Impossible Burger from California-based vegan meat companies, Beyond Meat and Impossible Foods, Don Lee Farms’ Organic Plant-Based Burger, the No Bull Burger by U.K.-based grocery chain Iceland, the B12 Burger by the U.K.’s Moving Mountains, and Dutch brand Naturli’ Foods’ mushroom burger.

Each brand shares a similar mission of appealing to omnivore consumers with a vegan product that mimics the taste and texture of real meat.

Based in Ontario, Canada, Globally Local claims to be the world’s first 24-hour vegan drive-thru. In addition to opening new locations across Canada, last June, the company added a “franchise” section to its site, indicating that the chain hopes to expand into the U.S.

Beyond burgers, the menu also offers breakfast all day in the form of “meaty” and “cheesy” breakfast sandwiches, as well as fast-food staples such as loaded fries, four kinds of mac and cheese, ChickUn fingers, tacos, and desserts. The Preposterous Burger is set to launch at the end of August in all Globally Local locations.