In honor of Father’s Day, and to help Little Rock, Arkansas, shake its “fattest city” title, PETA (People for the Ethical Treatment of Animals) has launched a campaign encouraging dads in the region to go vegan.

PETA placed advertisements on buses traveling across the city that read: “This Year, Give Him the Gift That Could Save His Life: Help Dad Go Vegan.”

“The best gift that any dad could receive on Father’s Day is the gift of good health and more time on Earth to spend with his family,” PETA President Ingrid Newkirk stated in a press release. “Dads who eat vegan are fitter, trimmer, and less likely to suffer from chronic illnesses than their meat-eating counterparts, which is why PETA wants to help Little Rock dads stick around for lots of Father’s Days to come.” 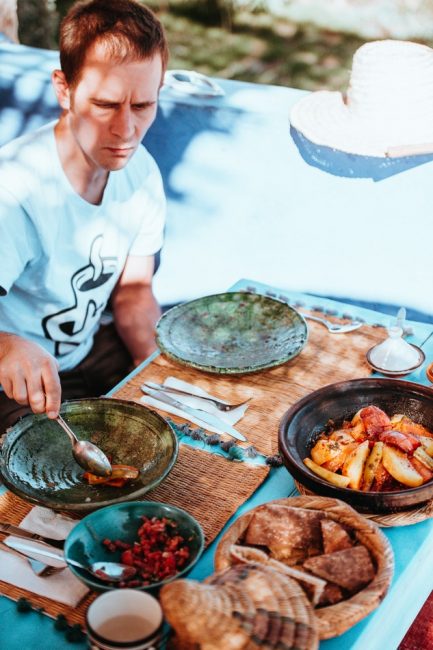 The organization nodded to the significant benefits that eliminating animal products from the diet can have on one’s health. “On average, vegans are 18 percent thinner than their meat-eating peers, and leading nutrition experts have determined that in addition to preventing heart disease, healthy vegan eating can even reverse the condition in people who already have it. Dads can also lower their risk of developing cancer simply by steering clear of processed meats,” the press release continued.

Increasingly, research is linking meat consumption to poor health. The world’s largest-ever cancer research study found that even small amounts of processed meat increase one’s risk of developing cancer. The results were echoed by another recent study that said meat and dairy-rich diets increase the chance of male heart failure by 50 percent. In contrast, the World Cancer Research Fund said that ditching meat reduces one’s risk of developing cancer by 40 percent, and Harvard research revealed that a vegan diet prevents at least one-third of early deaths.

Amid growing health concerns, vegan Father’s Day events are becoming somewhat of a popular affair. This Father’s Day, dads in Austin, Texas, will celebrate fatherhood and compassion in an extra special manner. Local craft bakery Skull & Cakebones will host Wicked Healthy co-founder Chef Chad Sarno for a Texas-themed vegan barbecue. But rather than grilling up conventional meat and ingesting carcinogenic smoke, everything the lads cook up will be plant-based.