The soy ‘milk’ debate has been dividing opinions between the dairy industry and the soy industry for a long time and is a hot topic recently due to the legal issues raised by it. ‘Dairy style’ names such as oat ‘milk’, soy ‘milk’ and vegan ‘butter’ or coconut ‘yoghurt’ have been claimed to be misleading consumers.

This debate is generating so much heat that the FDA (U.S Food and Drug Association) has been called upon, again, this time by The Good Food Institute to rule on a now 2 decade year-old petition and clarify their stance on the labelling of plant-based milks. This petition was initially asked for in 1997 by The Soyfoods Association, (SFA). The Administrative procedures Act requires responses to petitions to be timely and this petition has been left un-responded to and un-clarified for 20 years, The Good Food Institute is simply tired of wasting their time waiting for response.

The Good Food Institute has called upon the FDA for them to codify an existing practice of allowing the use of consumer-recognisable names to label and describe food products such as plant-based milk, cheese or yogurt. They also ask that the term ‘soymilk’ specifically is allowed to stand.

The Soyfoods Association of North America (SANA) said in a statement:

“We are in agreement that the FDA has an opportunity to amend federal regulations to allow using the common and usual term of ‘soymilk,’ particularly since this term is what has been used by consumers for many years now. The FDA would serve consumers well by moving to formalize the use of the term ‘soymilk’ in its regulations, and we hope to see action on this front shortly.”

Yet, this puts the threatened dairy industry, which has seen a major decline recently due to the rise of plant-based milks, at an even greater risk. Dairy groups which are speaking out against this proposed regulation, claim that plant-based products shouldn’t be labelled with ‘dairy-style’ names that mistaking people into believing they are buying dairy-containing products.

“Regardless of what food technologists might try, milk still only comes from mammals.”  – President and CEO of National Milk Producers Federation (NMPF), Jim Mulhern. “This is a transparent attempt to profit from milk’s good name by emulating the wording, but not the superior nutrition, of our products. It is misleading and deceptive to allow these nutritionally inferior imitators to use our hard-won reputation to their advantage.” 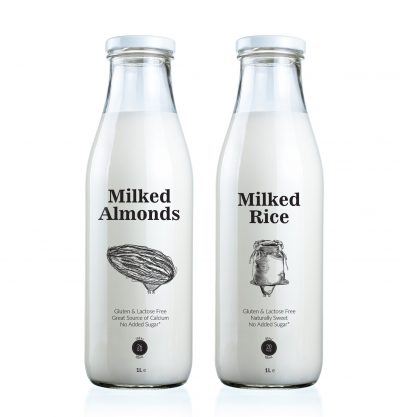 Further, Mulhern suggested that the requests made in the petition are inconsistent with food standards in the U.S and globally, as the regulations of most other nations don’t allow dairy-style labelling on plant-based products. As admitted by The Good Foods Institute, the term ‘Soy Milk’ originated in China from a Mandarin term, ‘dòu jiāng’ which translates to ‘bean slurry’, Mulhern states that this is a more accurate description of the plant-based beverage and use of that term would provide a more legally compliant description of such soya products.

Considering that government restriction upon commercial use of free-speech is only enabled if there is a significant amount of substantial interest in doing do, they have said that it would be unconstitutional for the FDA to enforce censorship on plant-based product labelling using so called ‘dairy-style’ names (‘milk’, ‘cheese’, yogurt’ etc), so long as there is a modifying term such as ‘oat’, ‘soy’ or ‘almond’. This would clearly ensure the consumer isn’t mislead by labels and would stop the dairy industry from unfairly ‘bullying’ their competitors.

Furthermore, The Good Food Institute has said in a blog post that they will sue the FDA if they restrict or enforce commercial censorship upon terms such as ‘soymilk’ labelling, which is in violation of the First Amendment which prohibits Congress from making law respecting an establishment of religion, or prohibiting the free exercise thereof; or abridging the freedom of speech, or of the press; or the right of the people peaceably to assemble, and to petition the government for a redress of grievances.

Now, all we can do is wait and watch the debate between dairy and plant-based groups unfold further, expecting a response on the FDA’s position on the ongoing battle.