In an Instagram post to its more than 77,000 followers, Field Roast says its Smoked Apple Sage Sausage and Italian Sausage are now available at select Target stores in California, Florida, Iowa, Ohio, and Texas.

The Seattle-based company produces a range of vegan plant-based meats, including roasts, sausages, frankfurters, and deli slices. The company also recently delved into other vegan food areas with a line of nondairy cheeses called Chao, and frozen foods, including vegan mac and cheese, buffalo-style sausage “wings,” and mini corn dogs. 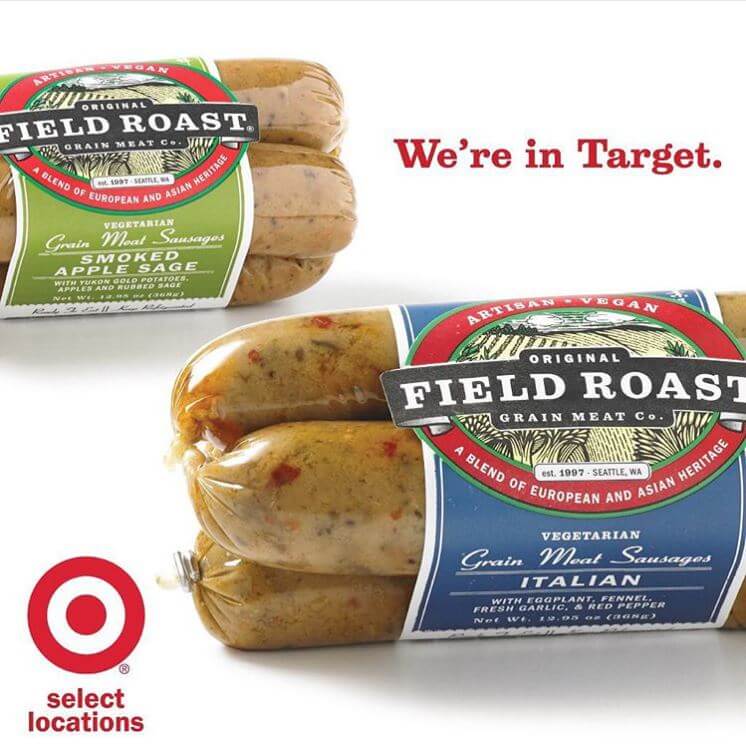 Last year Field Rost was acquired by Canada’s largest meat producer, Maple Leaf Foods. Michael McCain, the CEO of Maple Leaf Foods said this move is part of the company’s shift toward achieving its vision of becoming a leader in sustainable protein. Considering vegan diets have been found to be more sustainable than non-veg diets – the company is making good on its pledge.

In response to concerned customers who speculated that the integrity of Field Roast would be compromised by Maple Leaf Foods, Field Roast’s founder gave customers and employees his word to remain vegan in all endeavors, and continue to be mission-driven. One of such missions, that has now proved successful is getting their vegan food stocked on Target shelves.