Major Eija Pulkki of the Defence Forces told Finnish new source Yle that the Armed Forces will update its menu to include two fully vegetarian meals, for either lunch or dinner, weekly. The new dishes, created by meal service provider Leijona Catering, will be centered around high-carb plant-based ingredients like potatoes and pasta with soy protein and vegan meat from Quorn served in place of meat. While the standard meals will be vegetarian, Pulkki, who acts as canteen services manager, noted that all garrisons will also provide vegan meals.

The change to soldiers’ diets is not a big leap for Finnish garrisons. Overall, canteens have been accommodating to vegetarian soldiers. However, the army has been seeking ways to incorporate more vegetables into meals as a way to improve health. Last year, the army had proposed meat-free days, however, army caterers preferred to eschew both meat and fish and offer vegetarian meals instead. 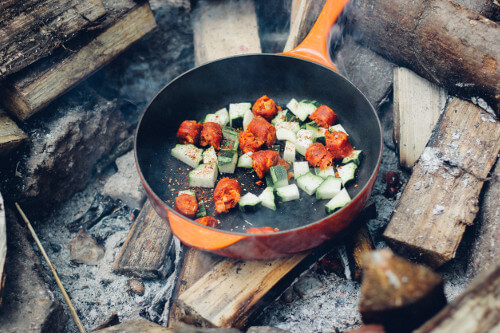 While the cost of vegetarian is slightly higher, the army wanted to make the change regardless of cost. Last June, data released by the largest-ever food production analysis showed that a vegan diet is the most effective way of combatting climate change.

Experts also agree that a plant-based diet is one of the healthiest ways to eat, particularly for athletes and others with physically intense jobs. According to Las Vegas police officer David Anthony, who was named the 2018 Sexiest Vegan Next Door by international animal rights organization PETA (People for the Ethical Treatment of Animals), adopting a plant-based diet improved his performance on a physical and mental level.

Vegetarian in the Military

According to a survey of roughly 20,000 Finnish army members, only 88 reported following a vegetarian diet, representing less than one percent of soldiers. Data collected by The Vegetarian Research Group in 2009 shows that the number is much higher in the U.S., with three percent of soldiers reporting that they are vegetarian.

Meat-free diets are much more popular with the Finnish population. According to numbers collected by Statistics Finland, one-fifth of young people ages 15 to 24 had gone vegetarian as of 2016.