Every year, the world loses a growing number of pollinators, such as honeybees. Pesticides, climate change, and vanishing habitats are leading causes of population decline, which could have detrimental consequences for the planet.

As well as all of this, honeybees also can fall victim to bacterial diseases, wiping out entire colonies. However, a team of Finnish scientists has developed a new vaccine that could help to save them.

Researchers at the University of Helsinki have developed the first-ever edible honeybee vaccine to protect them against fatal bacterial disease American Foulbrood (AFB). Caused by spore-forming bacteria Paenibacillus Larvae, AFB is highly resistant, lasting up to 50 years in some cases, spreading spores between hives.

Until this, there were no cures or prevention methods for AFB, other than destroying infected colonies or hives. However, the new vaccine, while it still has years worth of regulatory hoops to jump through to ensure its safety to bees and the environment, could change this. 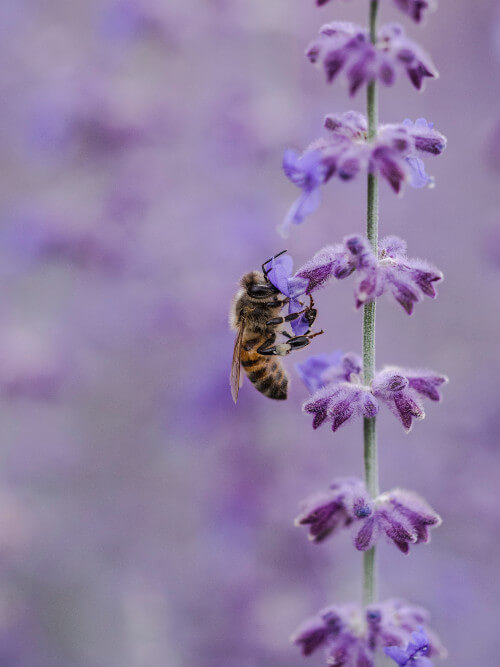 The vaccine would be administered to the bees via an edible sugar patty suspended in a hive. Over the course of seven to 10 days, the queen bee would consume the patty, ingesting the pathogens, and passing on an immune response in her offspring. Eventually, the entire hive would be protected against AFB.

Speaking to Bloomberg, Dalial Freitak, the lead scientist on the bee-saving project, explained the desperate need for the vaccine. “We might be right now at a tipping point, without even realizing it. We’ve been taking the pollination services for granted for so long. These insects are not there, they are disappearing.”

Why Do We Need Bees?

Bees are vital to the environment and its eco-systems. They’re responsible for pollinating a large number of crops, with 2 percent of the insect’s population pollinating 80 percent of crops globally.

Without bees, a number of crops would disappear, meaning we would no longer have access to fruits such as apples, oranges, and blueberries. If the bees disappeared, it would also have a knock-on effect for other animal species who rely on their pollination of plants – birds and mice – for example.

Freitak concluded, “The problem really touches all of us. We have to start tackling it from all sides.”