A team of Finnish scientists has launched Solar Foods, a company that creates vegan protein powder from carbon dioxide (CO2), water, and electricity in an effort to contribute to a more sustainable future of food.

According to the website, Solar Foods produces “sustainable and pure single-cell protein from CO2 using renewable electricity” through a method that does not depend on agriculture, the weather, or the climate. According to the company, its nutrient-rich protein has the potential to revolutionize global food production and perhaps combat world hunger.

The method is based on the July 2017 “Food From Electricity” joint study between the Lappeenranta University of Technology and the VTT Technical Research Centre of Finland. Solar Foods makes use of electricity from solar panels in order to multiply bacteria, which results in a food that is 50-60 percent edible protein. Fat and carbohydrates make up the remaining composition.

Juha-Pekka Pitkänen, the principal scientist at VTT, explained how the method works: “In practice, all the raw materials are available from the air. In the future, the technology can be transported to, for instance, deserts and other areas facing famine. One possible alternative is a home reactor, a type of domestic appliance that the consumer can use to produce the needed protein.”

Last March, Solar Foods received a €2 million investment in a round led by Lifeline Ventures, with contributions from VTT Ventures Oy and Green Campus Innovations. The company also secured a business development and piloting loan from Business Finland, a government-owned agency that assists in the creation of “world-class technology and technological know-how.”

The company notes that its price is competitive compared to soy protein, which, along with corn, is one of the primary animal feeds used by the factory farming industry. The initial study indicated that the protein created via the “food from electricity” method could be eaten not only by people, but also as farm animal feed. However, it appears that Solar Foods has its sights set on creating sustainable protein from renewable energy for the good of humanity.

“Our goal is to develop the protein into a high-quality product whose environmental impact will be 10-100 times smaller than those of meat products or their substitutes currently in the market,” said Solar Foods CEO, Pasi Vainikka.

Solar Foods’ method may also eventually be used to create sustainable protein for flights to Mars.

Following the Intergovernmental Panel on Climate Change, where it was revealed that world governments have 12 years to make “unprecedented changes” to all aspects of society in order to reduce carbon emissions, Solar Foods was selected for the Business Incubation Programme for the European Space Agency (ESA). 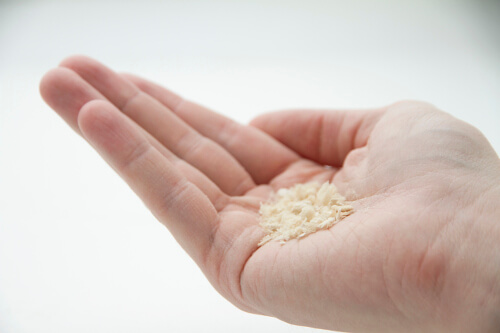 The bioreactor tank that the company uses to produce its CO2 protein is small enough to be brought on board for future flights to Mars. Additionally, the method requires no soil and makes use of elements present in the red planet’s atmosphere.

“The conditions in Mars colonies are very different from those on Earth, but they have sunshine, and there are huge amounts of carbon dioxide in the planet’s atmosphere,” said Kimmo Isbjörnssund, manager at the ESA Business Incubation Centre Finland. “The pioneering technology of Solar Foods enables a new way of producing food even in closed spaces. We assume that ingredients available at the Mars base can be used with the new technology.”

“The method of Solar Foods for producing protein arose from a desire to produce food in a more environmentally-friendly way, without using land. The concept is not dependent on agriculture, weather or climate; instead, it makes possible efficient and low-cost food production with solar energy anywhere, whether in a desert or in space,” added Vainikka.

At the moment, Solar Foods is still in its testing phase. It hopes to begin commercial production by 2021.