Firefighters eating barbecued sausages have sparked public outrage this week as the sausages were made from piglets that the same firefighters saved six months earlier. Pewsey fire team in Wiltshire rescued the litter of piglets from a barn fire on Rachel Rivers’ farm. Rivers sent the sausages to the team as a thank you for saving her piglets. Rivers commented that ‘[she’s] sure vegetarians will hate this,’ but it seems it’s not just vegetarians that are disgruntled. 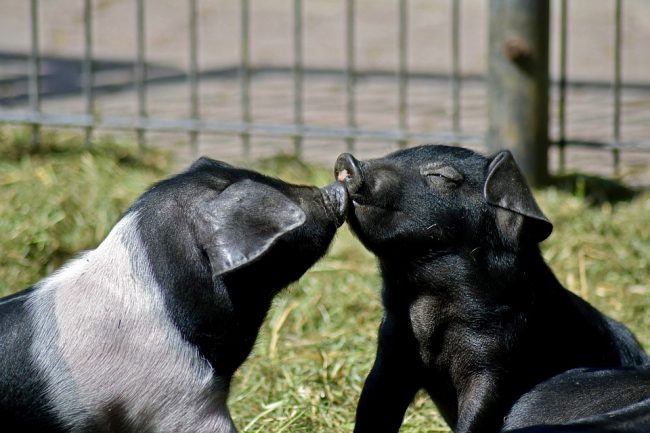 Consuming the same animals that you were responsible for saving may seem a little cold and callous, but is it any different to buying a packet of sausages in a supermarket? Or sitting at a petting farm eating a ham sandwich?

The actions of both the farmer and the firefighters show the value of farm animals’ lives in our current society. The piglets lives were worth saving when they were at risk of dying without fetching the farmer a good price, but when they were grown enough to be sent to slaughter, the end of their life then had financial value to farmer. Six months ago the fire team did not save piglets lives, they reduced the risk of profit loss for the farmer.

When news like this hits, many people are forced to make a connection between animal and animal products. For once the public can see the animal behind the sausage. What’s worth remembering is that these sausages are not special, before a pork sausage there must always be a piglet.

Of course it seems contradictory to kill an animal for food after saving it’s life, but in the farmer’s eyes the only reason those animals were born was so that they could be killed at the right time and turned into food. Suggesting that the firefighters were wrong to eat the piglets, is essentially saying that it’s okay to eat meat unless you’ve met the animal that it has come from.

As children, we are encouraged to nurture, care for and not hurt the animals we come across in our daily lives. Whether that’s pets, petting farm animals or animals at the zoo. However, at the same time many people are fed meat from a very young age. 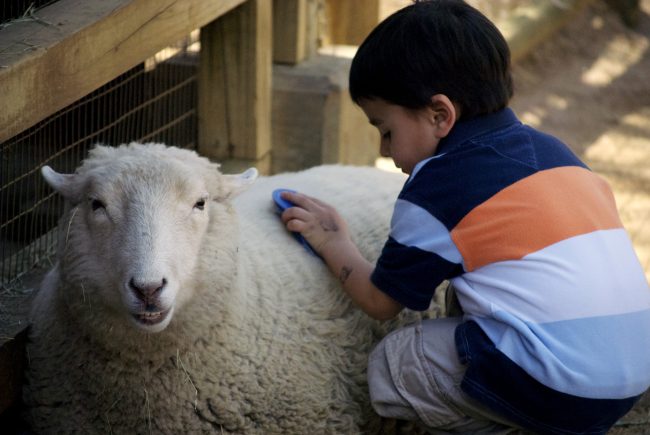 For most people, these contradictions are resolved by differentiating between which animals are intended for human consumption.

Despite the fact that many animals at a petting zoo are the same species as animals that can be found on farms, these animals are given a personality and are therefore not to be consumed. At the petting zoo you might find a sheep grumpy, or a piglet funny and clumsy. The same attributes are not given to animals that are bred for slaughter.

In addition to this, consuming animal products is considered necessary for health and nutrition, and without killing them or harming them you cannot consume them. This attitude prevails amongst the majority despite the fact that we are increasingly beginning to understand that meat is not a necessary product in our diets, and in fact can often cause more harm to our bodies than good.

It seems most people have concluded that it was unnecessary for the firefighters to eat the exact same piglets that they saved. When these piglets were saved, they were given a personality which they otherwise would not have had. Most people cannot fathom meeting the animals that they will later consume, because they know that it will make them feel guilty. Why then, did the firefighters not feel guilt? The only logical explanation for people is that they must be horrible.

The reality is there was no reason to feel any more or less guilt than if they had bought the sausages from the supermarket.

The firefighters decision to eat the sausages given to them may have left people with a bit of a moral dilemma: is eating animals only wrong sometimes, or is it always unnecessary?