Viva, Las Vegan! Vegans, Baby, the first and only comprehensive guide to plant-based living in Las Vegas, has just announced its food tour series, the Vegans, Baby Vegan Food Tour. The inaugural tour is scheduled for June 2, treating participants to the ever-growing selection of vegan food in Sin City.

Although still known for its mile-long lobster buffets and all-you-can-eat casino packages, Las Vegas is quickly becoming a more refined culinary destination, which includes a budding vegan scene. The new vegan tour will guide tourists and locals alike through the Downtown area’s most vegan-friendly restaurants, allowing them to get a taste of the city and its plant-based fare. Participants will dine at five popular Downtown restaurants, concluding with a dessert collaboration between DonutBar and VegeNation.

Vegans, Baby founder, Diana Edelman, said in a press release, “I’ve handpicked the restaurants on the Downtown Vegans, Baby Vegan Food Tour and love every item being served.” She continued, “The tour is for people who are vegan, but also for those who simply want to eat really good food. I want people on the tours to see how fun and flavorful vegan food can be. I certainly encourage those who aren’t vegan to give it a try, the dishes are that good.” 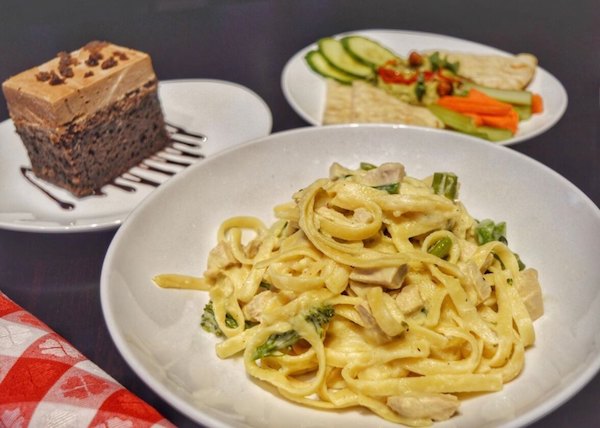 The tours will be offered biweekly on Saturdays, though private parties of seven or more can request special tours. By the end of the summer, Edelman hopes to expand the tour to The Strip to feature more vegan restaurants. In addition to showing off the “dynamic vegan dining scene” of Sin City, she also hopes to support the local businesses and hotels. She stated, “I’m eager to…raise awareness about the restaurants in the resorts that are working to cater to this growing audience.”

This new food tour blossomed out of Edelman’s first major production, the Las Vegas Vegan Food Guide, a printed, up-to-date reference book covering all of Las Vegas’ vegan dining options, meticulously broken down into 30 separate categories. Edelman explained, “After the release of the  Las Vegas Vegan Food Guide , I decided the next logical step would be to actually take people to some of the places I recommend in the book and also highlight other restaurants that are working hard to cater to the plant-based community.”

Tickets for the Vegans, Baby Vegan Food Tour are $87 per person and limited to 20 guests per tour. The price includes five restaurants, 12 courses, and “one epic Las Vegas vegan afternoon.” For more information, visit the Vegans, Baby website.