In days gone by, everything was different about food, from what we ate to how it was delivered. As an increasing number of reports emerge detailing the harmful effects of animal agriculture, it might seem like a move away from cakes made with eggs and butter and those meat-filled Sunday roasts are a good thing. However, for some people, the modern world of ordering a Tesco delivery online can lack the charm of yesteryear.

Thankfully for Londoners, Jamie Chapman has just the answer. Quite literally delivering the perfect symbiosis between the future and the past, Chapman is the UK’s first ever ‘Mylk Man.’ 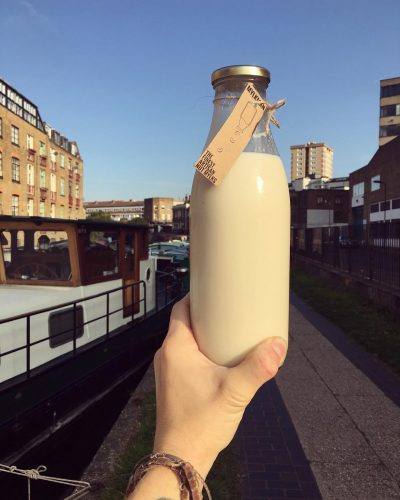 The young entrepreneur, alongside his partner, has launched his business, Mylk Man, this year to bring the good people of London fresh, plant-based milks.

The ‘mylks’, which contain a minimum 12 percent of nuts, are made first thing in the morning and then delivered straight to your door in glass bottles. The business was launched due to the increasing interest in veganism in the city.

“We saw that the vegan movement was growing and growing,” says Chapman. “More people are ditching dairy, for environmental and animal cruelty reasons.”

As well as ensuring that they are plastic-free, and reusing glass bottles as much as possible, the pair also donates 10 percent of their profits to Greenpeace. Currently, the bottles are delivered by bicycle, although there is potential for this to be upgraded to an electric float. 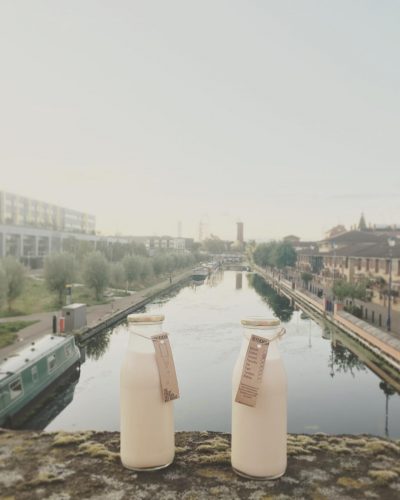 The ‘mylk’ range has several varieties including almond and coconut, and less common flavours such as cashew, turmeric, pistachio and sweet chai.

Mylk Man is currently sticking to the UK for this venture, however, Chapman and his colleague have had some interest from Amsterdam to start a similar system there.

The best part about this job for Chapman? ‘It’s great to get out there and meet people.’