“Veganism is one of the biggest things. The easiest thing I can do. I’m directly in control of what I eat and a large part of my life is spent eating food. I try to check myself on the most basic things with compassion. Starting from the most basic level. I try and get that right for everything and every time I make a choice, I try to make sure I’m making the best decision at that time. That it’s rooted in a good intention, from a positive place” 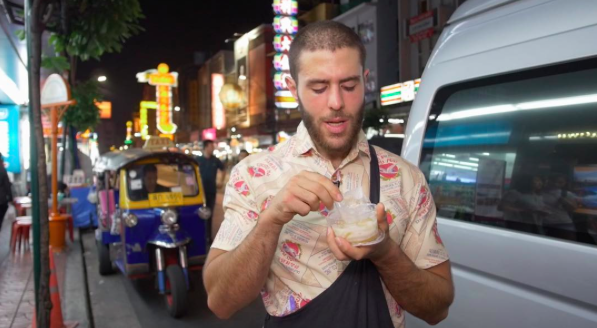 Recently I had the pleasure of catching up with Abdullah Zeinab; forward thinking YouTuber whose channel focuses primarily on fitness, travel and philosophical ponderings.

I’ve been following Abdullah’s “The Glucose Network” for some time now and was initially drawn in by the travel and cycling vlogs, however the more videos I watched, the more value I found in them.

Charismatic and inquisitive in nature, Abdullah exudes a contagious positive energy and has the ability to make you question things you wouldn’t usually give a second thought to. It was for this reason that I got in touch and organized a ‘quick’ Skype call.

“I used to eat rotisserie chicken every night” he begins. I had asked him about the connections he’d made which eventually transgressed into veganism (I’ll paraphrase throughout).

“I was living by myself, too lazy to clean the pans so I would go to Coles at like 5pm and pick up a rotisserie chicken for like $10”

He recalls how his friend at the time had remarked negatively about his eating habits and went on to say “it was weird! It was weird how I would take the breast of a dead chicken, eat a tiny bit and then throw the rest away..” “.. I’d go into the supermarket and see that the price was down by $3 and think ‘oh wow, the value of a chicken’s life has gone down to like $5 now, they’ve reduced it'”.

He says that despite seeing footage of animal cruelty, as disgusting as it is, it wasn’t strong enough to make him go vegan. The way he explains it, it seems more like a series of cognitive connections as he went about his life. A natural realization that his actions didn’t quite align with the person he was, or claimed to be.

“I feel like it was something knocking on my shoulders that I couldn’t avoid anymore” “..like if I wasn’t vegan, I had double standards”.

I believe this is something all vegans go through before making ‘the change’ – a moral battle in your mind and the realization that if you don’t change your behaviour, you’re lying to yourself. 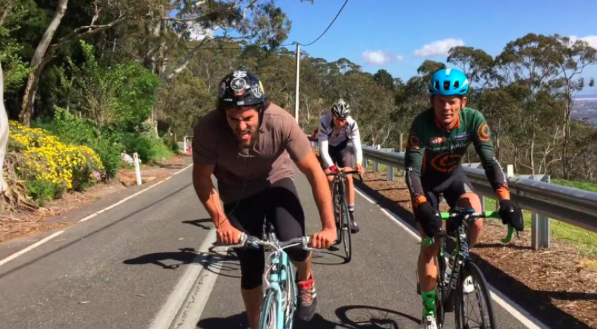 In a bit of a convoluted way, I ask him about the practicalities of changing his diet. His YouTube channel involves a lot of travel (mostly around Asia).

“Once you make it a priority, there’s no difficulty in it. It becomes automatic.” he says, “I guess when you travel it only becomes hard with a language barrier and not knowing what products are in food.” he notes how easy it is though, with Asia having such a big vegan/vegetarian scene, and the ability to now Google stuff on the go.

We chat a bit more about missing out on cultural cuisine; whether that’s a thing (or even important) and he tells me a story about eating a rice-sausage somewhere in Asia. In this case, it didn’t turn out to be vegan anyway but the take-away I got from the anecdote was that there are meat-free food options wherever you go – it just takes a little more effort to seek them out. And it’s worth doing, if you don’t want to compromise your morals. 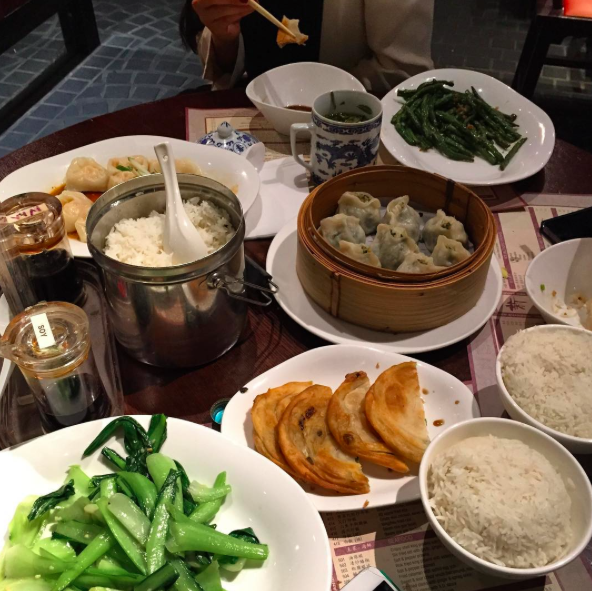 Moving on, we got to talking about ethics and empathy. “Do you think [capitalism and society’s lack of compassion] come hand in hand?”, I asked, referring to a recent article.

“We’re not really taught compassion or empathy. We’re not really taught these qualities that are an essential part of being a human being. I get overwhelmed just by walking on the street at 8am to be an avid consumer. Just to consume without any care; to be better than everyone else and it doesn’t really matter who I step on or what I destroy to do it as long as I feed my ego”.

He makes the connection between this lack of compassion and eating animal products, explaining that “there’s a huge disconnect and people don’t see it”.

What was meant to be a 30 minute catch up, turned into a really interesting 55 minute conversation as he circled around the streets of Melbourne.

Abdullah is unique, in a way, to most 20-somethings. I spent the initial part of mine having deep conversations like this, but usually over a few beers and not ever giving the topics much weight when sober. Like most of us, I paid lip service to a lot of my personal values and never really took the time to question my own behaviour. What Abdullah has is a really admirable trait, and something more of us should adopt.

“I wanna understand and learn as much as I can, I feel like it’d be arrogant of me to not live like that”, he says, when I question him about his inquisitive nature. He uses it as a tool for growth and explains that he holds himself accountable for a lot of his actions. Instead of competing against others, he evaluates his own behaviour and emotions and uses them to facilitate his personal growth. 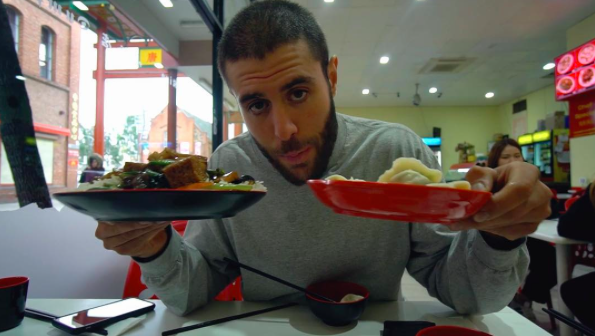 It can be tough to critique yourself. To analyze your wrong-doings or realize that you’re projecting your own negative feelings onto someone else. Perhaps a defence mechanism?

To summarize the rest of our chat, we talked about how “going left” is almost always the right thing to do. Taking the harder road and challenging yourself.

Going left? It means taking the stairs instead of the escalator, whenever you have the option. Sure, you have to put in more work, but the rewards are far greater. Abdullah says he’s ‘hooked’.

You can subscribe to The Glucose Network here, and check out the full interview below.