Footballer Héctor Bellerín, who plays as a right-back for English club Arsenal as well as for the Spanish national team, has spoken out about his vegan diet. According to Bellerín, eating plant-based has improved his sleep and overall health.

“When it comes to nutritional literature, everyone is very old-school,” Bellerín told fashion publication Mr Porter. “[People think] ‘You need milk, eggs, meat.’ But actually, you are able to get the same amount of protein, carbohydrates and vitamins from plants.”

Bellerín explained how his energy had improved since making the change. He said, “I used to be that guy who snoozed the alarm 20 times. Then all of a sudden I was waking up with the sun at 7.00am.” According to the publication, Bellerín also commended the positive effects that his vegan diet has on the environment. 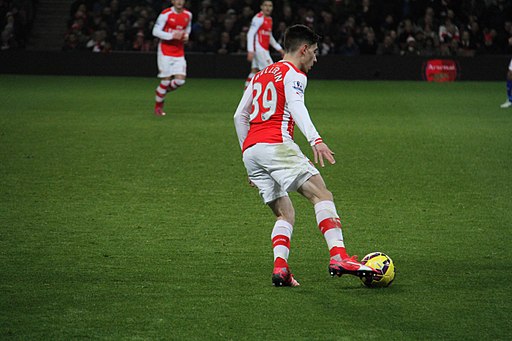 The athlete added that his post-game recovery time had undergone vast improvements, something he has commented on in a previous interview. Bellerín first spoke out about his vegan diet in a video for Players Tribune. At the time, he had been following a plant-based diet for six months. He accredited the meat and dairy-free lifestyle to reduced inflammation post-exercise. “I always had a little problem with my ankles when I had played very hard games they would get a bit inflamed and stiff, and now I don’t even have to strap them to play anymore,” said Bellerín.

When the athlete isn’t practising his football skills, he can be found engaging in meditation and yoga.

While the athlete donned a number of animal products in his photo shoot with Mr Porter, including wool, and leather, it is possible Bellerín will later adopt an entirely vegan lifestyle. Increasingly, the public is shifting to “flexitarianism” and celebrating small changes over time. Fellow sportsman Lewis Hamilton initially adopted a plant-based diet after watching the 2017 documentary “What The Health” but has since made ethical connections to the lifestyle. Musician James Arthur followed a similar path when he went vegan after discovering the ethics behind the lifestyle. Before this time, Arthur had followed a plant-based diet for health reasons.

The footballer is among many athletes ditching animal products to boost their performance. NBA player Kyrie Irving credited his plant-based diet for his increased energy, while Yankees pitcher CC Sabitha adopted a raw vegan diet to improve his performance recovery time.